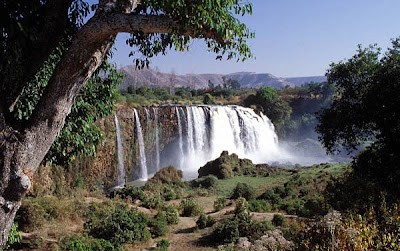 The trouble with you, Richard, one of my long-suffering friends observed, is that your idea of attacking someone is to stand at the door of a crowded bar and let loose at him with a double-barrelled shotgun. No wonder everyone dives for cover, friend and foes alike.

It is much better, he counselled, to go into the bar, shake the man by the hand, have a drink with him – and then slide a stiletto between his ribs. That way, you can be out of there, bidding everyone else a cheery good night, and no one will even notice it was you.

But hey! I haven't got where I am, living in a seedy Bradford suburb with a pension plan worth slightly less than a pair of second-hand whore's knickers – and going down just as fast – by heeding good advice.

Ah! Our target for tonight is Mr Andrew Pierce, that esteemed member of the fourth estate, highly respected and fêted by the chattering classes. In The Daily Telegraph today, he writes a long feature article headed, "Financial crisis: Our masters' summer of denial". And the strap tells you more: "What were our leaders doing as the credit crisis developed? Posturing and relaxing, says Andrew Pierce."

Regrettably, writes Pierce, in a stunning flash of originality, "Nero and Rome burning springs to mind." He then cites Tim Congdon, the economist who was an adviser to the last Conservative government, who says: "There has been a wholesale collapse of authority and competence in our ruling elite…".

Citing this piece with evident approval in the leader column, the writer unfortunately anonymous, we have another profound and well-written exegesis which sternly informs us that, "The politicians failed, and we will pay the price." In full flow, as the leader-writer develops his theme, we get:

The Bank's insouciance was encouraged by stupefying political complacency. In his Budget in March, Alistair Darling repeatedly insisted that Britain was better placed than almost all its competitors to face "economic turbulence". He cut his growth forecasts, yet still expected a 2.5 per cent expansion next year, a prediction that should warrant an inquiry into the quality of Treasury number-crunching. Why should we believe him now when he says the recession that he failed to predict will be less painful that previous slumps?

And then we are treated to this strident conclusion which has us cheering to the rafters:

Given the economic circumstances, the Conservatives should be 25 points ahead in the polls, but they have yet to find the right voice to vent the spleen of the nation - and have anyway spent the past week on the defensive over their shadow chancellor's summer antics in Corfu. Are the abiding images of an economic crisis to be these: the Bank of England Governor at Wimbledon while failing to cut interest rates soon enough; politicians luxuriating on the yachts of the super-rich; empty benches in Parliament despite the worst financial crisis for 80 years; a governing party concerned more with its own internal machinations than with dragging the economy back from the brink? At times like this, the political classes are meant to earn their corn. They flunked it and we will all pay the price.

But just hang on a minute. Where was the media when all the chaps were disporting themselves and pratting about with their internal squabbles? Do we recall posting one or two pieces making just tiny references to the media, with the odd suggestion or two that our revered fourth estate might possibly be missing the plot?

In general terms, we noted on 15 January 2008 the strange absence of the media from any serious debate about our plight, commenting on a piece by Ambrose Evans-Pritchard, where we opined:

More recently, as we were sinking into the doo doo, we actually wrote this:

Thus, when the prime minister calls a press conference in No 10 on the economic situation, with the chancellor of the exchequer standing beside him, and announces he is going to go to Paris, and tells the media that he intends to put forward his proposals "about how a stability programme can work for each country", you might just have thought that some of the assembled journalists – or even one – might on our behalf be just a little interested in what those proposals were, what the reception might be and sundry other details.

But no! This is our media we are talking about. First off in the questioning was that dreadful Nick Robinson, oozing with self-importance. He launches into a question about Brown's personal relations with Mandelson and why he picked him for a job in the cabinet. Brown answers the question only to get Robinson put a detailed supplementary, on exactly the same issue.

Many, many more pieces of a similar tenor did we write, the latest being this one - far too numerous to cite here, but if you google our site, using the search string "soap opera" you will find no shortage of comment, not least this and this, the latter actually bearing the title "a retreat into infantilism".

And now, having prattled and preened, itself indulging in the vacuous "soap opera" that has so dominated the headlines, The Daily Telegraph in the persons of Mr Andrew Pierce and others, has the unmitigated gall to write of "our masters' summer of denial", complaining that our political classes had lost the plot.

As to their own role, it seems to me that our media friends are also floating in that North African river. Now, where was that shotgun?