We need an inquiry 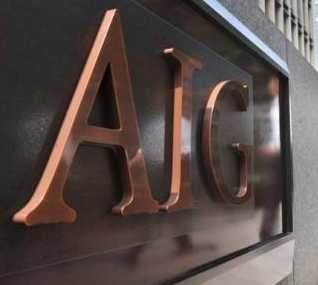 Six days ago, I wrote on this blog (EU Ref 2, actually, with a link here) these words:

The financial crisis in which we are presently engulfed was a "disaster waiting to happen". This is the final chapter in an inevitable, but wholly avoidable disaster that involves primarily a complete breakdown in the structure of our law, and its enforcement. In short, what we are experiencing is a major regulatory failure, possibly the most serious and expensive in the history of mankind.

Yesterday, in The Sunday Telegraph, we see a long, detailed story by Peter Koeing, saying just that – or words which entirely support our thesis.

Before I launch into Koeing's story – which I will do in depth later today - an important issue needs rehearsing. This is the biggest financial disaster in living memory – and the story is in the financial section. Think about it.

Stay with me on this – this is important. After the "Salmonella in eggs" crisis, we had a House of Commons Select Committee inquiry, which reported on 1 March 1989. The main headline the next day, picked up from the report was, "A failure of government". There had been serious – or so it had been claimed – breakdowns in the regulatory process, for which the government had been blamed. And it was all over the newspapers – all of them – front pages and carried over to the insides.

Before that, carried by all the newspapers, there had been dozens of stories about the failures of the then Ministry of Agriculture (MAFF), and its tussles with the Department of Health, with graphic accounts of the rivalries between the two Departments.

It was the same with BSE – not just a few but hundreds of stories, focusing on the failures of MAFF, its supposed "deregulation" of the feed industry and its failures to detect and report the growing crisis. And these stories were front page news, chewed over by commentators, columnists and leader-writers. I still have a collection of them – yellowing cuttings, in nine lever-arch files. There really were hundreds of them – all in the main body of the papers.

The build up on the BSE issue was so big, so insistent that it led to irresistible pressure for a full, independent inquiry. This was eventually set up in January 1998, reporting in October 2000 at a cost of £30 million, with the progress followed closely by the media and the final report massively publicised.

Now, we have a situation where - as the evidence builds that this financial crisis was, essentially, a regulatory failure - it is reported in the financial pages. What is going on?

As a taster – much more later today – the Sunday Telegraph puts the collapse of AIG at the heart of this crisis. Its investigation has determined that, just prior to the collapse, there had been a row brewing between the scores of regulators responsible for AIG's activities in 130 countries. But, in the forefront of this row stands Britain's financial regulator, the Financial Services Authority.

"Bumbling by the FSA," says The Telegraph, may, "according to regulators in other countries, have played an instrumental role in sparking the credit crunch that brought the global financial system to the brink of collapse."

On Friday, we are told, Conservative Party Treasury spokesman Philip Hammond called for a public inquiry into the FSA's oversight of AIG Financial Products in Mayfair. "We must not allow London to become a bolthole for companies looking for a place to conduct questionable activities," he says.

"This sounds like a monumental cock-up by the FSA," says Lib Dem shadow chancellor Vince Cable. "It is deeply ironic," he adds, "that Brown was in Brussels last week calling for tougher global financial regulation just as the scandal over the FSA's role in one of the key regulatory failures at the root of the global panic emerged as an international issue."

Cable then says: "We need an inquiry to establish what happened with the FSA's regulation of AIG's London operation."

One further point: on Friday, while Tory spokesman Philip Hammond was calling for a public inquiry into the FSA's oversight of AIG – which should extend far beyond that very narrow remit – his boss Mr David Cameron was delivering his keynote speech on "The Conservative plan for a responsible economy".

In this speech, Mr Cameron made several references to the FSA, but his substantive (for him) comments were these:

For a start, we must ensure that the regulators have the capacity to do the job. For too long, City firms have been able to poach the best regulators. So we will ensure that we get more good staff at the FSA, paid for by an increased levy on the City, and introduce a system similar to the Shareholder Executive so that banks send their best people to the FSA on secondment.

So, his recipe was more staff and more money for a failed regulator. He did not call for a public (or any) inquiry into the affairs of the FSA. Why not?

I have a theory on this. Mr Cameron and his Conservatives are so keen to pin the blame for the financial crisis on Gordon Brown – and solely and personally on Gordon Brown – that they do not want any other issues to distract them from that target. Thus, it would seem, they are blinded to the role of other agencies in the affair, and/or are actively playing down their roles.

If that is the case – and all the indications are that it is – then this is neither good politics nor responsible opposition. In the BSE affair, the issue of an inquiry became so contentious that it was actually included in the Labour Party manifesto. After the election victory, this was one of the first things the new government put in place.

A responsible Conservative opposition could, therefore – and should – easily derive political benefit from calling for a major inquiry into the genesis of the financial crisis, with special reference to the role of the regulatory authorities and the legal framework. This would be its own BSE inquiry. It should start calling for such an inquiry now – and not just muted calls. It should position this as a major policy plank.

This is a policy which Labour cannot follow – or steal – and is one which the Conservatives must pursue.