Will the last grown up … 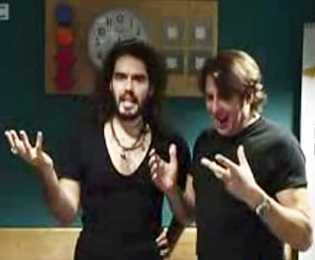 Some things you don't expect. There's me, mild-mannered and inoffensive – sweet reason itself - and all I wanted was my newspaper.

Plopping it on the counter and digging deep to find the pennies to pay for it, the newsagent – a lovely, cheerful Indian - seized it, brandishing it the air. "Country going to rack and ruin," he stormed, "and they put this on the front page!"

Ahem … and page four, five, the lead editorial, to say nothing of God knows how many prattling columnists, whom I never bother to read.

My man was, of course, talking about the lead item in The Daily Telegraph telling us of "crisis talks" on the Ross Brand affair. I agree with him. Who gives a s**t, one thinks. Nuke the Beeb and move on.

The story about the MoD spending £700 million on new vehicles for the Army gets about three column-inches at the bottom of page two. There is a major scandal buried in this, which may emerge – but don't bet on it.

Meanwhile, the Conservative Party is tearing itself apart over at Tory Diary, completely missing the point about why its own efforts are such a failure. One commentator notes: "Backbenchers are fed up at being ignored." Amen!

There was that wry old joke, commenting about the state of the economy, asking the last businessman leaving Britain to turn out the lights. That needs revisiting. "Will the last grown up to leave …" it should read, "… blow out the candle".

As the children play, there won't be any electricity to power the lights.