A bucket of hot soapy water 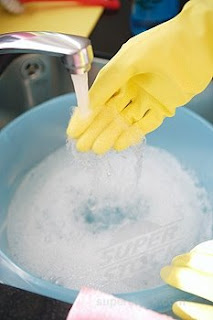 In The Sunday Times, we find a feature-length story on Nouriel Roubini, the man dubbed "Dr Doom" after he addressed a meeting of the International Monetary Fund in September 2006. The paper picks up the story:

Roubini told an audience of fellow economists that a generational crisis was coming. A once-in-a-lifetime housing bust would lay waste to the US economy as oil prices soared, consumers stopped shopping and the country went into a deep recession.

The collapse of the mortgage market would trigger a global meltdown, as trillions of dollars of mortgage-backed securities unravelled. The shockwaves would destroy banks and other big financial institutions such as Fannie Mae and Freddie Mac, America's largest home loan lenders.

"I think perhaps we will need a stiff drink after that," the moderator said. Members of the audience laughed.

Economics is not called the dismal science for nothing. While the public might be impressed by Nostradamus-like predictions, economists want figures and equations. Anirvan Banerji, economist with the New York-based Economic Cycle Research Institute, summed up the feeling of many of those at the IMF meeting when he delivered his response to Roubini's talk.

Banerji questioned Roubini's assumptions, said they were not based on mathematical models and dismissed his hunches as those of a Cassandra.

Ah! Those famous "mathematical models" – on which the warmists so often rely. Without them, there is no reality.

This brings to mind my own encounter with this animal. We had purchased a vacuum chiller (don't ask) for a large hospital kitchen, capable of cooling 200 gallons of soup or glutinous stew down to 5°C in less than 20 minutes. It really was a superb bit of kit.

The only problem though was how to clean it – particularly the maze of pipework which delivered the produce from the cookers to the chiller, and thence to the storage vats.

We had a highly complex, computer-controlled "clean-in-place" system (CIP) which delivered doses of hot water, cleaning fluid and disinfectant, in a pre-programmed cycle that would (supposedly) flush the equipment, clean it and leave it ready for use.

We had various mathematical models to predict the performance of this system but the standard models assumed laminar flow of water through the system.

With pump speed, water-flow models, and with knowing T1 and T2 (input and output temperatures) we could calculate dwell time and contact periods. Plotted against thermal death times for our target microorganisms, on a notional log 6 reduction (once we got over the stupidity of the lab asking for log 10, which I thought was OTT) we could assess what setting would be successful.

However, there was a problem. The model assumed laminar flow within the system and uniform thermal conductivity of the materials. But either was far from the case. In the all-important discharge valves, the outlets of which were at right angles to the water flow, we had turbulent conditions which, as you all know, is a chaotic system.

Furthermore, the neoprene seals had vastly different thermal characteristics to the stainless steel housings, and we could not be assured that the uplift in temperature would be sufficient to ensure a log 6 kill, especially if you took into account the possibility of microfilm shrouding. And if you want to make a food technologist go white, talk to him about microfilms.

It was back to the lab with ever more complex computer models and results which were becoming increasingly difficult to interpret. Furthermore, the delays were starting to cost us, as we had to hold back the opening of the unit – and the troops were beginning to grumble. The trouble is, if you get it wrong, you kill people.

Anyhow, I was getting a bit fed up with this, so took the problem into my own hands. With a deft flick of the wrist on the quick-release coupling, the offending discharge valve housing was removed and placed in a bucket of hot, soapy water – with a smidgin of bleach* – and left to soak for 20 minutes. It worked perfectly.

Methinks I would rather trust Nouriel Roubini with his "hunches" than all the "mathematical models" the IMF could throw at me.

* I have been asked by a reader to explain what a "smidgin" is. As anyone who has worked in the cleaning industry will know, this is a standard unit of measurement. It is approximately twice a demi-smidgin and around one-tenth of a mega-smidgin. In practice, it works out at nearly 100th of the more standard unit - used widely in contract cleaning, especially when the client is paying on a "cost plus" basis - the "whole f*****g bottle". That latter amount, of course, depends on the size of the bottles, the volumes of which are always a mystery as no one, but no one ever reads the labels. Another common unit of measurement is the "glug" - as in a "couple of glugs".

** Sigh! Some people are never satisfied. Now he wants to know what a "glug" is!

As everybody knows, a "glug" is the sound made by a liquid as it is poured from a bottle. Thus, a "glug" is the amount of fluid poured before the sound is heard. As a unit of measurement, it is highly variable. It will depend on the density and viscosity of the fluid, the size of the bottle opening and, to an extent, the flexibility of the container - and how full the container was when you started pouring. A "near-empty glug" is usually more than a "full glug".

If you want to be pedantic, it will also vary with temperature and atmospheric pressure. Presumably, high altitude "glugs" are less than "glugs" at sea-level (or vice-versa). The "glug" - like the bushel - therefore, tends to be a product-specific rather than a generic measurement.