Life is a cabaret, old chum … 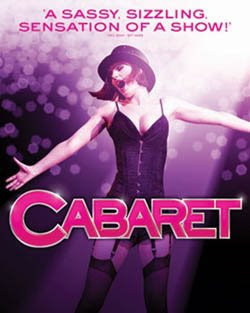 I would take all this hyperventilation about Mandelson more seriously if the media had shown the slightest bit of interest in the Barroso/Latsis affair.

But, while the media seeks to dress up its obsession in clothes of concern about "corruption in high places", that – as we all know – is not the real reason for the vast expenditure of time and effort being devoted to this story. The media hasn't the slightest interest in "corruption" – especially its own. It is playing a game at our expense, having set itself the "target" of engineering a third resignation of Peter Mandelson.

Europe is on the brink of a currency crisis meltdown, writes Ambrose Evans-Pritchard.

The financial crisis spreading like wildfire across the former Soviet bloc threatens to set off a second and more dangerous banking crisis in Western Europe, tipping the whole Continent into a fully-fledged economic slump... Currency pegs are being tested to destruction on the fringes of Europe's monetary union in a traumatic upheaval that recalls the collapse of the Exchange Rate Mechanism in 1992.

Yet, this is down page in the business section, competing for attention with the greater space afforded to a report headed How recession-proof is British sport?. Talk about "bread and circuses"!

These stupid, blind, empty, vapid, decadent fools will be the death of us all. But, even as they come hear the music play, if you listen carefully, you can hear the distant clatter of tumbrel wheels on the cobblestones. They are still a long way away, but they are coming …