The blind will not see 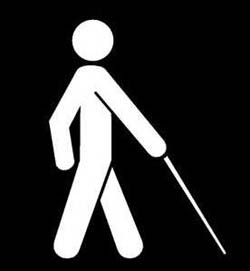 You really have to give it to Charles Moore in his column today. He has really excelled himself – in his blind, vapid, malign stupidity. It transcends all his previous efforts and stands as a towering monument to the blindness of our political classes (of which he is a fully paid-up member).

…the fact that the British authorities are able to put together a huge rescue package with the banks is a sign that our political condition is not as weak as we think. The same can be said of the Paulson plan in America. It has become commonplace to say how appalling it was that Congress argued over it for a week. Not at all. The elected legislators were duty-bound to ask difficult questions about what looked like the biggest transfer of wealth from relatively poor taxpayers to rich bankers ever undertaken.

The debate happened. Compromises were made. The Bill passed. The system worked. I hope Parliament will submit the Brown/Darling plan to the same level of scrutiny and correction, and then agree it.

In both cases, the countries involved are sovereign democracies. They have electoral legitimacy, proper institutions, the rule of law, and the capacity to act.

Now read this, extracted from our earlier piece, contrasting events in the US with what happened over here. "Over here, what do we see?" I write:

As the crisis develops, the complaint arises of government "dithering" – reacting to events rather than taking the initiative with a pro-active strategy. The main action we see is a series of meetings with the European "colleagues" behind closed doors, poorly reported and completely misunderstood.

Then, after the final, key meeting of Ecofin on Tuesday, we see action taken. Parliament is not consulted. There is no debate. Parliament is simply told what is going to happen. It is then allowed to discuss the issues. But there is no vote, no approval. None is needed. Your government has spoken – the government of Europe.

Therein lies the difference – on the one hand in the United States we see, with all its imperfections, a functioning democracy in action. Here, we see a cabal of rulers working behind closed doors, coming out into the daylight only to inform us what they have done and how much it is going to cost us.

This indeed is the politics of denial and this is what is blighting our attempts to bring any rationality to the debate about the European Union. It is not that the evidence is not there – simply we are doomed by this wilful determination of our political classes to shut their eyes to reality and pretend everything is normal … nothing has changed.