Hiding from the truth 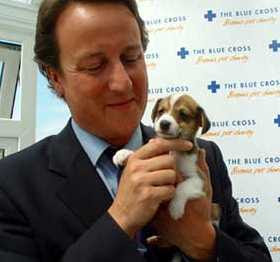 Mr Cameron's Conservatives are calling on the government to allow small and medium-sized enterprises to defer their VAT bills for up to six months. Thus does Mr Cameron tell us, via The Observer:

That means a typical small business with 50 employees, revenues of £5m and an annual net VAT bill of £350,000, doesn't have to find £90,000 to pay the taxman when the bank has just taken away its overdraft.

There are, however, just one or two tiny little problems with this idea. VAT is, of course, an EU tax, implemented via the VAT 6th Directive. A payment holiday on VAT would amount to a de facto reduction in the rate of tax, which is not permissible without the unanimous approval of all 27 EU member states, following a proposal to that effect from the Commission – which it not required to deliver.

That, though, might be the least of Mr Cameron's tiny little problems. Member states are required under EU law to collect VAT, a proportion of which goes to the EU coffers – known as the "own resource". Collection procedures are also defined by EU law, requiring the imposition of penalties on late payment – typically one percent per month. Changing these procedures unilaterally, guess what, is not permissible without the unanimous approval of all 27 EU member states, following a proposal to that effect from the Commission – which it not required to deliver.

Under certain circumstances, member states are entitled to adopt a simplified procedure for charging VAT, under Directive 2006/69/EC, but that does not include any provision for delaying tax payments. To the contrary, the Directive allows special provisions to enable member states to "prevent distortion of competition," which rather shows where EU priorities lie.

If these hurdles were somehow to be overcome, however, unilateral action by the UK in offering a tax holiday would certainly be considered a "distortion of competition" under Single Market rules. At the very least, Commission permission would have to be given, which will not necessarily be forthcoming.

And, since Mr Cameron's proposals affect only small and medium-sized businesses, larger firms might be moved to complain. A company like McDonalds, for instance, would have a just complaint. It regards itself as a "group of small businesses" under one banner. Fighting as it does for market share in competition with other high street outlets, it could argue that different rules on payment would most certainly distort competition.

There is also the matter of state aid. Broad-brush aid – which includes tax-breaks of any form, directed at one sector rather than applied uniformly – would most likely be considered illegal. At the very least, Commission approval would be required, which might not be forthcoming.

Then there is one other tiny little detail. Numerous studies – not least this one - have drawn attention to the danger of deferred VAT payments, making the system even more vulnerable to fraud. This is already a massive problem. Would Mr Cameron want to add to that problem?

Nevertheless, armed with his brilliant idea, that brave Mr Cameron has told Gordon Brown that he, "cannot hide from the truth." Thus adds the leader of the opposition, "In the short term, we've got to help families up and down the country with proposals to get them through the downturn."

This is stirring stuff, but with the "elephant" rampaging through the undergrowth, one wonders just who is hiding from the truth. Is he for real, or trying to sell us a pup?