The case for the prosecution 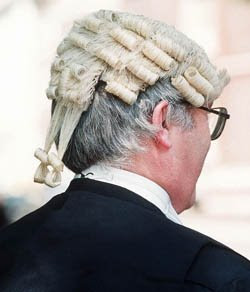 "We need strong, responsible and proper regulation of the financial systems that underpin our economy," says David Cameron. "Free markets need rules and frameworks, to make sure they work in the public interest."

Agreed. So, what is Mr Cameron's recipe for "strong, responsible and proper regulation"?

Well, for a start (his words), he wants to ensure that the regulators have the capacity to do the job. "For too long," says Cameron, "City firms have been able to poach the best regulators," then adding:

So we will ensure that we get more good staff at the FSA, paid for by an increased levy on the City, and introduce a system similar to the Shareholder Executive so that banks send their best people to the FSA on secondment.

In deconstructing this speech, we're going to have to take it a bit at a time. Essentially, there are two major elements here: the overarching statement about the need for "strong, responsible and proper regulation of the financial systems"; and then the comments about the need for better regulators. Let's look at each.

First, as to the statement on "strong … etc., regulation", the deception here is not so much in what is said, but what isn't said. The lie is in the words, "We need …".

Implicit in that, unless subsequently modified or qualified, which it is not, is the assumption that the "we" is the British government – and in particular a Conservative-led government – which has the power then to produce regulation of the financial systems.

In fact, as we know – but Mr Cameron avoids telling us – the "we" is the European Union and the British government, the latter being the junior partner. There are also other partners, such as the Basel Committee on Banking Supervision, but we'll come onto those in later posts.

However, even with that unsaid, in any ordered, structured speech, the next thing Cameron should logically have said is that, "we need to review the entire framework of the regulations, to see what works, what doesn't, what we need and what we don't". He could even have said something about the philosophy of regulation – the "culture" – as this is what is really important.

Strangely though, we get none of this, and nothing like it – nothing even approaching it. Of course, Mr Cameron cannot say anything like this. As we have pointed out, financial services regulation is an exclusive competence of the European Union.

Therefore, in a major speech addressing the regulation of financial services, we get no up-front reference to revisions to regulation. Instead, bizarrely, from dealing with the "big picture", Cameron immediately descends to looking at a tiny part of the little picture.

His first – and therefore, arguably most substantive – point is that he wants to ensure that "regulators have the capacity to do the job". That, in Cameron's terms, means "more good staff at the FSA," implicit in which is that they should be paid more.

Now, the defect in this argument should be apparent to anyone with even the slightest knowledge of enforcement. Put it in familiar terms, and talk about policemen – FSA staff are, after all, the financial services police.

In policing, the debate has raged over months and years about the way the police have been bogged down in paperwork and petty rules and regulations, reflecting the fact that they spend the bulk of their time on unproductive work and are unable to perform their core duties. Even Mr Cameron has noted this, remarking on it in January of this year, and many times since.

But, in January, Mr Cameron's comments were particularly revealing. Speaking with reference to the blizzard of paperwork relating to "stop and search", he declared: "We are never going to deal with it unless we free the police to do far more stopping and far more searching. I am quite clear the current rules have to go."

Ah … "the current rules have to go". In that is a clear acknowledgement of the link between rules and enforcement, the efficiency of the latter depending on the former. Yet Mr Cameron does not make the same link between the financial services rules and the performance of the industry policeman, the FSA. Why on earth not?

On this, you could argue – you could, although I wouldn't advise it – that we are taking about different situations, and there is not necessarily any parallel between the two. Furthermore, you could argue that Mr Cameron is only a politician so he is not to know the intimate details of how an industry is regulated.

Taking on board the second "straw man" – one of my own devising – Mr Cameron did not write his own speech unaided. This was a team effort. Such speeches always are and this one would have had the input from numerous advisors, all of whom would have more than a passing acquaintance with the activities of the FSA.

And, insofar as you can ever say, "everybody knows", certainly everybody in the financial services industry knows that the FSA is a by-word for bureaucracy, for "red-tape", or whatever you want to call it. And if you didn't know, try a little exercise on Google. That will bring you to this - where the comments are particularly interesting - this, this and this splendid piece in a Sunday newspaper.

If Mr Cameron wants to plead ignorance, with the resources and research team he has available, then he is not fit for government. But of course, he must know what the whole industry knows: the FSA is a shambolic, bureaucratic nightmare that could not regulate its way out of a paper bag.

As to why that should be the case, the one thing of which you can be assured is that it is nothing to do with the quality of its staff or their payment. And the cry for more staff and more money is the age-old refrain of the regulator, heard ever since the first Stone Age council appointed a cave inspector. It is echoed diligently by this story today with the head of the FSA, Lord Turner calling for, guess what, more staff and more money.

Yet the story has "banking experts and MPs" pointing out that staff at the Financial Services Authority had doubled in less than ten years. It now employs 2,740 staff, none of whom were apparently able adequately to spot this year's meltdown in the banking system.

The FSA, we learn, is funded by the banks and financial institutions themselves, who are levied an annual fee. Last year it totalled £303 million. Its staff were paid on average £77,000 in salaries, training and pensions. The six directors were paid an average of £490,000 each.

But, to understand why the FSA was (and will continue to be a failure) one has to go back to my post on the John Barr debacle - which is why I wrote it. In that post, I recounted that the then biggest ever recorded fatal outbreak of E. coli food poisoning had been to a very great extent the result of a regulatory failure. So too has been this banking crisis a regulatory failure.

Of some considerable relevance to our current plight, at the Barr inquest, it has to be said, I was about as popular as the proverbial pork chop at a Jewish wedding, with my thesis on regulatory failure. But the Sheriff supported me and, to do them justice, so did many of my professional colleagues.

After the inquiry, with the imprimatur of my then professional institution and with one of the most senior and experienced environmental health officers in the country, we set up a series of training course for EHOs, on how properly to inspect food premises. Altogether, we trained well over 1,000 officers and, from the comprehensive course feedback forms we got back, we know the course was very well received.

But – and this is the huge "but" – almost without exception, we were told that, while what we were advising was entirely sound, such was the structure of the enforcement system that it could not be put into practice. What was different, of course, was that, by then, the legal framework which had permitted my freebooting approach to law enforcement had changed.

The British regulations, of some 30 pages, had been replaced by EU-derived law, running to hundreds of pages, which the officials were obliged to enforce to the letter. Committed to ensuring compliance with detailed, proscriptive laws, they no longer had time to do proper inspections of the type that would identify the real risks.

Thus we had seen a transition from the result-based philosophy of regulation to the rule-based philosophy, with the differences I have spelled out in my post on this subject.

And that is what is wrong with the FSA. Essentially a creature of the EU, its task is primarily to enforce detailed EU rules, driven entirely by a rule-based philosophy. It cannot succeed because the philosophy is wrong. To change that, as Mr Cameron observed with the police, you have to change the rules.

Therein lies the problem. Mr Cameron knows full well that he cannot change the rules – they are EU rules, locked in stone. So he plays the classic Tory "hide the elephant" trick. He has to deliver a speech, full of detail, putting forward plenty of dynamic proposals for the chatterati to pour over. But, if he talks about changing the rules, delivering "strong, responsible and proper regulation", someone will call his bluff. He cannot deliver, and he knows it.

Thus, up front, Cameron goes for something "safe". He picks on a tiny – and not even relevant – aspect of the problem, but something which, as governor of the "province of Europe" he would be allowed to do. He proposes increasing the pay of the regulators and their numbers.

This, as they say in court, is a good point to take a break. At the direction of the judge we will have a short adjournment, before returning to our case for the prosecution. But, before we do, an observation.

The post featured five responses and, needless to say, our post was not featured – although three of the five were not actually blogs but "clogs" – corporate blogs written by paid journalists. That is hardly the "blogosphere" in any meaningful sense.

The point though is not that our response was not posted in the piece – it would have been difficult to the site authors to have done so given its highly critical nature. What is interesting though is that a reader posted the entire content on the comments section, the fourth comment to be made, and it was allowed to stay.

But, in a total of 53 comments, apart from the intervention of another of our readers – which provoked a brief spat – the points made were studiously ignored. On other blogs also dealing with this speech, where there were hundreds of comments, cumulatively, there was hardly a mention of the European Union.

It is not only the politicos who cannot, or will not see the "elephant in the room". The blindness is epidemic.