A smell of decadence 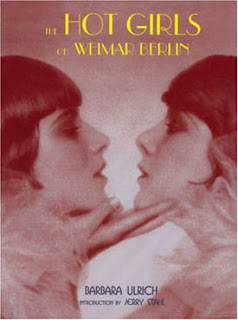 It is probably too far-fetched a comparison, but – as one watches the train-wreck of the world economy lurch over the precipice – one begins to detect a whiff of something that smells rather like the Weimar culture.

There is that same loss of moral compass, an air of decadence, the same hedonistic approach to life, the obsession with sex, culture, entertainment - the same "live for today" feel, with the chattering classes preoccupied with "self" and their own petty obsessions, oblivious to the impending disaster, only just over the horizon.

No one, but no one with any sense of perception can look at the contemporary political scene – on a global scale – and suggest that it is anything else but dysfunctional, while Cameron's theme of the "broken society" rings all too true, even if (or especially if) he has no recipe for mending it.

It was this sense of detachment from reality that struck me most in yesterday's leader in The Daily Telegraph, rightly calling for a "a new man to run the Bank of England".

But what was chilling – perhaps unintentionally so – was the paper's observation that, during the tumultuous events of recent weeks … one figure has been curiously absent from the public stage: Mervyn King, the Governor of the Bank of England.

He, said the paper, "has been the Invisible Man of the banking crisis," finally breaking cover on Tuesday night to deliver the news - blindingly obvious to most people for some time - that the economy is in recession. It added:


Mr King's analysis of what went wrong in the banks was - as befits a respected academic economist - lucid and detailed. What was missing from his exegesis was any sense of self-awareness. He gave the appearance of a thoughtful onlooker at a particularly nasty accident. Yet under his stewardship, the Bank's actions, or rather lack of them, have contributed significantly to the crisis.

A week or so ago, we were reaching the same conclusion about King and were preparing a post on him, provisionally headed, "the guilty man".

Read up on the Bank of England and you will find here, the declaration that the Bank "exists to ensure monetary stability and to contribute to financial stability". We are told here of the vital need for a "stable financial system" and that it is "a key ingredient for a healthy and successful economy." And we read weighty tomes about how the BoE went about its job.

We also noted from the FSA website that, while it is the regulator of all providers of financial services in the UK, the "Bank of England retains responsibility for systemic risk."

As far as the near-collapse of the UK financial system goes, therefore, all roads lead to the Bank of England and at the top of the heap stands Mervyn King, the Governor. Yet, as The Telegraph notes, absent was "any sense of self-awareness," any suggestion that he might have been in any way responsible for the disasters that have struck our economy.

As if this was not remarkable enough, there is also entirely lacking within the entire political system any sense of questioning or outrage about the role of King, even though he is a political appointee and clearly has the support of the prime minister.

Thus is King allowed to float serenely above the fray, unquestioned, unchallenged, a grand figure untouched by the troubles and mayhem all around him, as if it had nothing at all to do with him.

More troubling, this aura of unreality seems to extend far wider. To judge from the media, which is still obsessing about Mandelson and Osborne, and its usual diet of tat and trivia, one could almost get the impression that the financial crises that dominated the headlines so recently were all over. Thus did the Telegraph parade as its lead story yesterday a report on children of five to be given sex education.

But the crises are far from over. In anything, we are about to enter a new and more dangerous phase, with not banks at risk of collapse, but whole countries, their currencies and economies.

The danger is graphically illustrated today by Anatole Kaletsky in a story headed, "A new set of financial skittles is ready to fall", as he charts what he calls "a series of powerful aftershocks." This, he writes, "has been shaking Hungary, Ukraine, Russia, Argentina and many other countries on the periphery of the global financial system, threatening not only their economies, but even their systems of government."

Kaletsky, however, refers to "aftershocks", but it would be unwise to assume that the damage can be contained and that there will be no "contagion" spreading to the larger economies – that we will be untouched by it all. In fact, the signs are building of that most dangerous of all financial phenomena, a global currency crisis, which could have the pound, the yen, the dollar and the euro all under extreme pressure.

"Nobody has any idea. No one ever gets it right and no one thinks that they can get it right," says Charles Goodhart, Professor Emeritus of Banking and Finance at the London School of Economics and a former Monetary Policy Committee member, referring to the treacherous path trodden by those who predict movements in currency markets.

In a time when the financial experts have so comprehensively failed us, where the greatest banking crisis in living memory sneaked up on these experts unaware, where the experts have been consistently dismissing the idea of a global recession, where those same experts have been predicting the end of "boom and bust" and unending prosperity built on a mountain of debt, we can have no confidence whatsoever that any of these wonderful experts has the first idea of what is going to happen.

The array of City analysts, economists and strategists and all their tawdry hangers-on can make all the predictions they like but, on recent form, the only thing on which we can rely is that they will get it wrong – again, and again and again.

But, whatever happens, the "Weimar culture" of today's society will glide on serenely unaware of events, locked in its own tiny, obsessive, self-referential bubble, until the whole edifice crumbles around it. If it is then shocked at the outcome we, at least, will have some idea of the sort of thing that will come next.