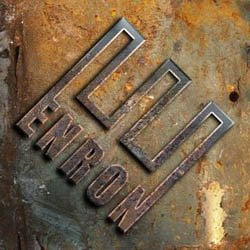 Mr David Cameron has delivered a speech, heralding The Conservative plan for a responsible economy. Parts of it are good – some of it is very good, very good indeed.

However, good or bad, in 4,956 words, there are two words missing: "European Union". Nowhere in this wide-ranging speech can those two words be found.

Oddly enough, the speech opens with this stirring passage:

Politics is about many things – the words you speak, the understanding you have of the problems we face, the vision you have, the policies you draw up and your ability to implement them.

With this, of course, we could hardly disagree. But we would add a small rejoinder of our own. Politics is also about the words you don't speak. And in this case, the silence speaks volumes – it screams out and attacks, nay destroys the last part of the sentence: "…the policies you draw up and your ability to implement them".

Mr Cameron, you need to be aware of a few facts of life – although I guess you must know them already, but they need restating:

The scope for any British government to legislate and control financial services is, therefore, extremely limited. Many of your proposals thus, while excellent on their own account, would – if you tried to implement them – impinge on EU law. In short, you could not implement them – at least, not without confronting the EU, which you have no intention of doing.

In my school days, we were taught the meaning, the definition of a lie. It is not simply the utterance of an untruth. In full, it is the "act, default or sufferance". You can also tell a lie by not saying something, which conveys thereby an untruth.

This, Mr Cameron, is an "Enron" speech. In the US, they put the Enron directors in jail. What should we do with you?