Apart from that Mrs Lincoln … 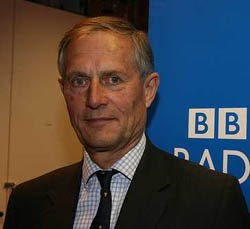 General Sir Michael Rose, former commander of UN forces in Bosnia, is telling us he believes the war is being won in Afghanistan - at least on a military level - for now.

But he warns that any security gains will not endure without more soldiers, good governance and swift reconstruction.

Now, let's see. We have a corrupt, dysfunctional government in Kabul, creaming off foreign aid and building itself luxury mansions while the people starve. They are building luxury shopping malls in Kabul and planning to open a world class luxury passenger terminal at the airport - yet there are no modern cargo handling facilities and the ramp space is so limited that the aircraft have to queue or divert to Kandahar and use the military facilities.

Much of the reconstruction is going backwards. Road building has stalled, much of it poor quality and there is no money in the maintenance budget. Thus, roads are deteriorating faster than they can be rebuilt or repaired.

The same goes for the much vaunted school building programme. They are putting up buildings, opening them with much fanfare, but there is nothing in the budget for repairs. Books and equipment have to come out of the local budgets and there is not the money to cover them. There is no money to pay the teachers properly so more than 60 percent are untrained and schools are being closed for lack of staff.

But, apart from that Mrs Lincoln, how did you enjoy the play?