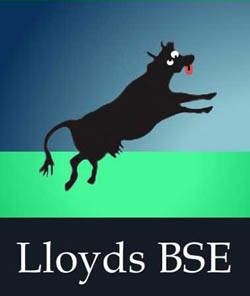 Talking to a farmer the other day, I was trying to explain the concept of "mark to market", and hit on this wheeze. Imagine, I said, it is 19 March 1996 and you have just bought 150 head of store cattle at £200 each that you are going to fatten up and sell in a few months. How much are those cattle worth?

Simple arithmetic tells you that you have an investment worth £30,000.

But this is 19 March 1996, which means the next day is 20 March 1996. On that day, health minister Stephen Dorrell stood up in parliament and announced a tentative link between the killer disease CJD and Mad Cow Disease (BSE). The meat market didn't go into free fall – it evaporated. I don't think a single beast was sold that day.

So how much are your cattle worth, I ask my farmer. £30,000, he says - he had no intention of selling them. But if you had sold them on the market that day, how much? Er… there was no market. In that case, I declared – feeling very pleased with myself - their value was zero. That's "mark to market". You have to value on a "fire sale" basis, according to what your cattle – your assets – will fetch on the day.

You borrow your £300,000 daily on the short-term wholesale money market at a low interest rate. You then lend it to long-term borrowers at a higher interest rate and make your money out of the difference. That, as Tim Congdon says, is what banks do. Each day, of course, you must pay back your own borrowing, but that is not a problem. You borrow some more, again to match your own lending.

But it is 20 March 1996. Your assets are suddenly worth zero, on a "mark to market" valuation. That, for those technically inclined and who remember the BSE scare, this is the "prion" that has invaded the system, via the "infected feed" of mortgage securitisation and other "complex financial instruments".

You are now too highly leveraged. You are, in fact, insolvent. No commercial bank will lend you any money. You either have to claw back your loans, or you have to top-up your capital – issue more shares. Failing that, you could go to the Bank of England as a lender of last resort. Or you could go to the government for a "bail-out", in which case they'll "nationalise" your farm and put their own manager in. Whatever else happens, you certainly cannot lend any more money.

That – absurdly simplified – is roughly what is happening in to our banks. The banking system is suffering from its own form of BSE - "Mad Bank Disease". The infective agent is "mark to market".