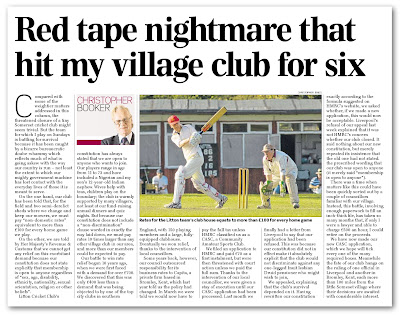 In its small way, the example offered by Booker of insane red-tape is another classic example of how democratic government has ceased to function.

As with the Leighton-Morris story, we did earlier, in a sensible and responsive system, someone in authority would by now have intervened to stop this nonsense. But so far has the system degraded that there is no one in a position who can pull the plug.

Of course, it all makes a nonsense of Cameron's "localism", although that was always a non-starter anyway. But that is another sign of the time. The more they talk about local democracy, the less of it that we actually get.