The rule of law 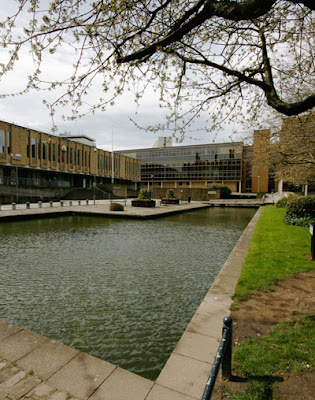 Much devilling behind the scenes today keeps me away from the blogger keyboard. Plots are most definitely thickening, and the Magistrates Court (pictured) is now at the end of our rainbow, as we attempt to prove the illegality of the system.

Taking a quick sideways look at this, one recalls the consistent mantra from the eurosceptic community that we should stop paying our "subscriptions" to the EU. Yet, interestingly, some of those same people look down their noses at people who do not pay their Council Tax.

Yet, in terms, there is no difference, when the money is withheld on principled grounds. No one sensible will dispute that the democratic process in local government has largely broken down. We have very little control of what our Councils do, how much money they spend, and where they spend it.

Thus, our only democratic option is to refuse to pay the money. This is perfectly legitimate – it is called civil disobedience. That is exactly the same option being suggested by public sector unions.

Yet, from missives reaching me from within the local Town Hall, high officials regard protesters who withhold their money virtually spawn of the devil. Such is their sense of entitlement that they then regard any tactic to extract the money as legitimate.

Part of their weaponry is to invoke a sense of shame. By using bailiffs, they rely on peer pressure, and a community sense that it is wrong not to "pay your due". Thus – as one sees on newspaper forums, the comment, "well, if you'd paid up, this wouldn't have happened".

These are the conformists in our society, but they also lack the ability to think. Talk to any sensible councillor and they will tell you of their worries about increasing Council Tax. They know that each time the bill increases, resistance stiffens, more people refuse to pay and it gets harder and more expensive to collect the tax.

The corollary also applies. If a tax is easy to collect, and there are no complaints, then there is no check on the politicians continually increasing the tariff. Therefore, it is thanks to refusniks like me that Council Tax is not considerably higher.

Framed thus, civil disobedience does not permit the authorities to respond with illegal action. Because I choose to make an annual protest about the level of tax, and the way it is spent, does not give license to council officials and their agents to break the law in their attempt to force me to pay. They may - and should - use all legitimate means, but they must not break the law.

And that is what this is all about – something that our over-paid crop of officials seem to have difficulty in understanding. They are breaking the law. They, the upholders of the law – the arbiters and our judges – are breaking the very law which they supposedly enforce and require the rest of us to obey.

Yet, too often, people dive for cover. You can feel the embarrassment in some people when you tell them what you are doing, and the stand you are taking. But there is a cascade effect here. Let these people trample on your rights, and resort to illegality and there is no end to it.

Government as our servant is just about tolerable. Government as our master, running roughshod through our laws, is our enemy. The battle lines are drawn and we are not playing games here. All politics, they say, are local. This is a local battle – but at its heart is the same battle we fight nationally and on an international level. It is one we cannot afford to lose.