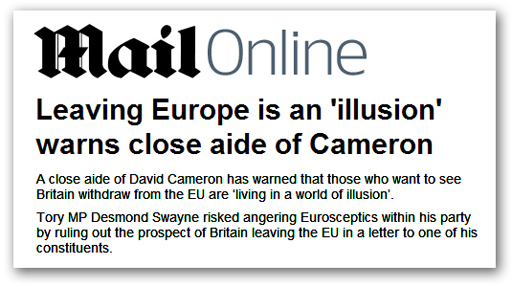 As my erstwhile co-editor observed, you can always tell it's party conference time – the Tory europlastics come out to play … and then teacher slaps them about a bit. It the play goes according to script, the plastics get all precious and outraged, the Failygraph gets a headline or two, and then everybody goes back to sleep until the next conference.

Actually, the script has changed. The EU is a mortally wounded creature. It may take a long time dying, but it will become increasingly irrelevant as time passes, the economic crisis takes hold and nationalism re-asserts itself. We are already seeing that in Germany.

Hence this report that Germany's top judge has issued a blunt warning that no further fiscal powers may be surrendered to Europe without a new constitution and a popular referendum – something not heard of since Hitler's time. To mention the "r-word" in Germany is tantamount to blasphemy. To get a political judge doing it – calling for popular involvement – is staggering.

The real game in town, therefore, is – or should be – how we, the people, bring the aliens who have taken over our government back under control. But since the aliens are making the most noise at the moment, and the media aliens are listening to them, their chatter is drowning out the more important issues.

For the moment though, there is no great harm in letting them play, while the grown-ups get on with the real work. Their reckoning will come soon enough.