Not the last word 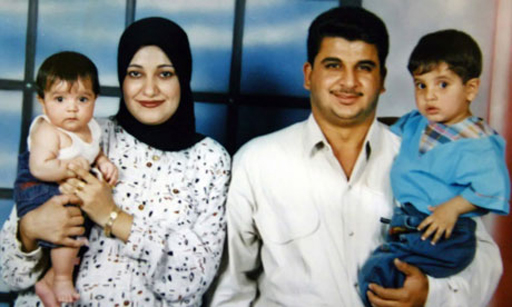 I happened to be in the car on the way to do a broadcast for Radio Leeds yesterday morning and, therefore, rather unusually found myself listening to the Today programme. Thus did I hear Gen. Mike Jackson claim that the Baha Mousa affair was an "isolated incident", and not a reflection of Army policy at the time.

The Gage report running to huge length (of over 1,300 pages) deals with the issue in Volume III, which does not seem to be accessible at this time. Nevertheless, The Sun which had set itself up as cheer-leader for "Our Brave Boys", clutches at the meme that "a handful of Brit troops" were implicated. They (and by implication they alone) cast a "dark shadow" over our Army's proud reputation.

Others are not entirely convinced that the incident was isolated. Others remark on the culture of violence and the systematic cover-up, suggesting that there are another 150 cases of civilian abuse by British soldiers in Iraq that may yet come to trial.

Personally, I find myself wholly unconvinced that this was in any way an isolated incident. Readers with very long memories might recall a piece I wrote in November 2006, concerning allegations of systematic torture by Dutch troops in Iraq, with strong indications that the lead had been taken from the British.

Although the report is not accessible, the evidence is, and despite having systematically searched the evidence submitted to Gage, I have not been able to find any references to these allegations. Nor do they seem to have featured in any of the press coverage.

That alone is suspicious, as it provides strong support for claims that prisoner abuse was a systematic feature of British operations in southern Iraq, extending up to al Amarah, where there are still a considerable number of unresolved issues.

Writes Richard Norton-Taylor in The Guardian piece to which I have linked, a probably relevant factor was that the Army was not ready and was badly trained for Iraq. He avers that General Sir Peter Wall, the head of the army, admitted as much in his statement following the publication of Sir William Gage's report.

"It is clear from the inquiry report that we were ill-prepared in 2003 for the task of handling civilian detainees", he says, adding that the army had "made strenuous efforts since then to transform the way we train for and conduct detention operations". Much thus is made of the "lack of training", and the lack of explicit procedures, as if soldiers actually needed training and detailed instruction in order for them to realise that homicidal barbarity was wrong.

So often have I heard that we have "the best Army in the world", phrasing that was especially prevalent during the Iraqi occupation. One recalls that it became politically expedient to talk up the virtues of the military, by comparison with the venal politicians - with some of the front-runners remarkably shifty about the Army's behaviour.

Few were prepared – then and now – to accept that not all was well with the Army and, in particular, its leadership. Gen. Jackson, head of the Army at the time, is still treated with undue deference, despite being probably the worst CGS in living memory. Dannatt has almost qualified for sainthood in the eyes of some, despite blithely presiding over the cover-up.

Now though, we see unequivocal evidence of massive operational failures, and also moral failings. And even if Gage would appear to have let off those at the very top of the Army, I would not be so generous. Nor would I accept that his report – lengthy though it is – is the last word on the matter.

We have a very long way to go before we are able properly to assess the performance of the British Army in that troubled theatre - although even with what we have, we must now accept that it was less than optimal. And it should always be remembered of institutions, that the rot starts at the top.