Not only necessary but a duty 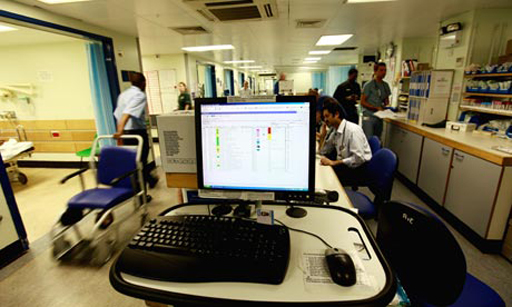 More than 60 hospitals cannot afford the rising cost of private finance initiative schemes and are being left "on the brink of financial collapse", says Health Secretary Andrew Lansley – in a convenient bit of grandstanding just prior to the Tory party conference.

He is telling is that trusts are now unable to pay for their schemes - believed to be worth more than £5.4 billion in total - because the payments of their "NHS mortgages" have inflated during the recession.

But at least there the trusts get something of value from PFI – albeit at greater cost than necessary – not so the £6.4 billion (some say more than £12 billion) that has been spent on the NHS National Programme for IT. Like the regional fire centres – only at far greater cost – it too has been abandoned. Local health trusts may now choose their own IT systems. It is being left to them to ensure that their systems are linked nationally.

And so another grandiose government scheme hits the dust. But there will be no resignations. No one will be fired – not one of the many people still in office, responsible for the failed system, will be tarnished. Many have been promoted and will continue with their glittering careers, then to retire in comfort on their inflated pensions.

And we are expected to pay. Not only that, if we so much as hesitate in giving them what they demand, draconian fines are levied at a national level while local tax defaulters face prison.

This is the politics of madness. The continued profligate wastage, and the contemptuous attitude of public officials in their duty of care for public money, almost beggars belief. Their attitude and their staggering incompetence makes rebellion not only necessary, but a duty. A parallel might be the duty to withhold drink from an alcoholic. In terms of public finance, the system has overdosed on our money and, as long as it is given more, it will continue its binge spending.

Nevertheless, we cannot take on the state full frontal. We must fight clever, effectively resorting to guerrilla tactics. And with the state consuming ever greater amounts of the national wealth, with no end to the waste, this is not an optional extra, but a matter of survival.

The more we give the machinery of state, the more it will want – its appetite is insatiable. We have to find ways of saying "no".