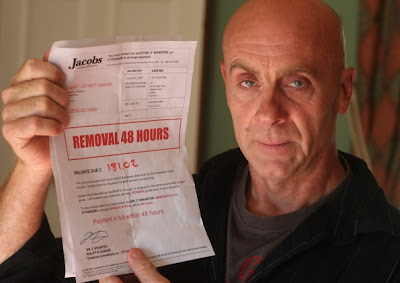 It looks as if Palin could well have lit a fire with her speech. Predictably, it was poorly reported in the UK, where the Uncle Tom Media (or Lamestream Media as Palin calls it) does not attend to such issues, preferring instead to churn out its corporate mindwash to keep its reading population entertained and diverted, and thus quiescent.

No longer needing such pap, the Progressive Contrarian picks up the Palin theme, offering this which I've paraphrased:


The left/right distinction is extinct and we live in a world where we are ruled by a permanent class of powerful people looking down on the rest of us, many of whom are still fighting the battles of thirty years ago.

Therein lies one of our most important issues – defining the battle. The Man would quite happily have us chuntering around on marginal issues such as the EU, using the likes of Farage harmlessly to channel dissent, in the manner of a lightning conductor on the roof of the local Odeon.

On the other hand, any movement, such as Lawful Rebellion, which seriously challenges the hegemony of the state, the politicians and their corporate cronies, anything which amounts to a real threat, is marginalised, ridiculed, ignored and, where necessary, crushed.

It is here, however, that the spirit of resistance in this our England really exists – not in the comfortable, well-padded offices of an over-weight, over-paid UKIP MEP, a man nicely cushioned by a life-long EU pension when he retires.

A taste of that rebellion comes here, with an excellent dissection of the illegality of Council liability orders here. This is the sharp end of the battle, as it attacks the very thing which keeps the whole politico-corporate system going – the money tree. By keeping the people in debt and enforcing a reign of fear through the bailiff and debt collection systems do they maintain control.

There are no depths to which the scum will not sink, as we see here, with widower Richard Kenyon – straight from the death-bed of his wife - threatened with distress over £71 of unpaid council tax, the sum then illegally increased to £181.02 (pictured), which his family was coerced into paying.

As this report shows, a huge percentage of the bailiff activity is illegal, on top of which Council recovery activity is also illegal - a process known as theft. Yet, presiding over all this are the police, ready to enforce The Man's law, but refusing to implement the law of the land.

Nor are we talking pennies here. The loot (liability orders and bailiff fees) extracted each year exceeds £1 billion. We are talking about a vast, organised criminal enterprise, directed at the weakest, the most vulnerable and the more responsible of our society. The hard nuts, the ethnics and crooks get away with it, but that is a story we have yet to tell.

Have no doubts as to the implications of this. Local government is to a considerable extent funding itself on the proceeds of crime – on a scale possibly matched only by VAT fraud. When government itself routinely and deliberately breaks the law, this is the start of the breakdown of the rule of law. It is the beginning of the end.

For us, as citizens, we have a duty to respect the law – and we have individually and collectively a duty to uphold the law. If our government cannot do its part in respecting and upholding the law, then we must take charge and force the issue. Furthermore, there are already plenty of people out there doing just that. That is "lawful rebellion" and it has been going on for some time.