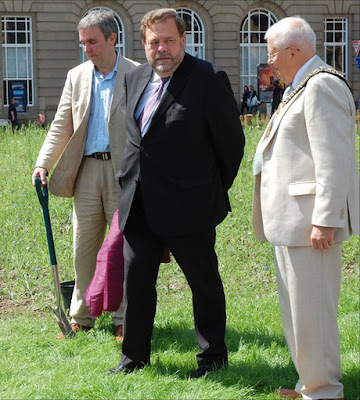 In the last two financial years, over four million pounds has been fraudulently charged to Council Taxpayers, by one local authority alone. Hundreds more councils are also scamming their taxpayers for total sums which may account for several billions in falsely claimed charges.

The £4-million rip-off is from Bradford MDC. which has responded to our preliminary FOI question on charges for Council Tax summonses and liability orders, for the financial years 2010/11 and 2011/12.

The total charged, therefore, amounts to £5,117,500 – of which £151,827 has been paid to Bradford Magistrates as court fees (at £3 per liability order), with the balance accruing to Bradford council.

Each document amounts to a single sheet of paper sent out second class to Council Tax defaulters. While the regulations, The Council Tax (Administration and Enforcement) Regulations 1992 (as amended), permit councils to charge "costs reasonably incurred", industry experts claim that the amounts charged are grossly excessive.

As regards the summonses, although they purport to be court documents, bearing the Royal Arms and the court logo, they are in fact produced by the council on the same equipment as used for producing reminders. In response to a FOI request last year, the Council admitted that they "run several Reminder runs and Summons runs a month".

Direct mailing experts estimate that the unit costs of single mailings should fall within the range of 45p to £1.70. On the scale of the mailings undertaken by Bradford, and the insert type, the lower end of the scale would apply. It would certainly be extremely generous to allow £1.00 for each summons in the 75,000 mailing.

This alone accounts for nearly a £3.5 million overcharge for the summonses, and by the time the excess charges for the liability orders is taken into account, the overcharge is well over £4 million.

Nationwide, councils are estimated to levy in the order of £230 million a year in summons and liability order charges and, if that rate had been sustained for the twenty years the regulations have been in force, the cumulative overcharge could run to £4 billion.

However, numbers issued are thought to have increased over the past few years but it seems hardly likely that the overcharging can be less than £1 billion. Groups of volunteers are now mounting a national exercise, using the Freedom of Information Act, to ascertain the precise extent of the overcharging.

In Bradford, Council leader Ian Greenwood, Labour (pictured, top right – centre of pic) has been contacted with the details of his council's overcharging – which has affected some of the poorest and most vulnerable in the community. He has been asked what plans the Council are making to identify the people who have been overcharged, and when they will be repaid,

Of the current cost of £80 for a summons and liability order, taxpayers who have already paid the full amount this year should be entitled to at least a £70 refund.