A humiliation for Merkel 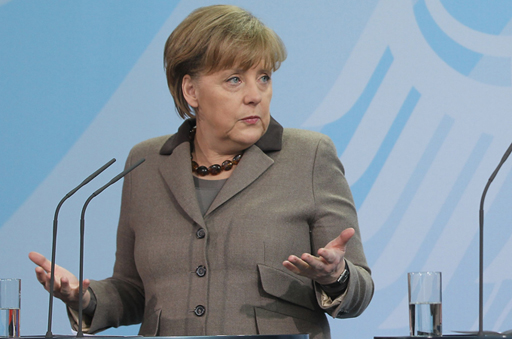 Regional and local elections, even in the UK, tend to be of less interest than the national events. Exceptions though are the regional elections in Germany, the latest one of which was yesterday, in the Baltic state of Mecklenburg-Western Pomerania – Angela Merkel's own home state.

By common accord, the German chancellor suffered a blow as the parties underwriting her national coalition government took significant hits. According to an exit poll by broadcaster ARD, her Christian Democrat party took 23.3 percent of the vote, down from the 28.8 percent in 2006, the last time her state went to the polls.

Alongside that, her coalition partners, the Free Democrats, have polled just 3.6 percent of the vote, down from 9.6 percent in 2006. They face a complete wipeout in the regional assembly.

The centre-left Social Democrats (SPD), on the other hand, have turned in a respectable 37.7 percent, well above the 30.2 percent they gained last time, positioning them for a victory, if poll findings hold. Turnout, at 52 percent of the state's 1.6 million eligible voters, was also down - well below the 59 percent of 2006.

There are various explanations for the poor performance of the centre-right parties, one of which is Merkel's handling of the euro bailouts, and her almost complete disregard for popular sentiment. Her decision to close nuclear power stations in the wake of Fukushima may also have had an impact, although some see that move as a sop to the Greens, whose votes Merkel needs if she can have them.

As regards Mecklenburg-Western Pomerania, it is now possible that the current coalition of Christian and Social Democrats could collapse, with the Christian Democrats losing power while the left of centre party forges a new coalition which may include the Greens instead of maintaining the coalition.

The vote is necessarily a personal humiliation for Merkel, as she had campaigned heavily in her own constituency, making nine public appearances during the election period. And now, with a difficult vote on the bailout on 29 September, there are fears that Merkel will be so weakened that she will not be able to carry the day.

This is not the first time Pomerania has held centre-stage in European affairs, having played a pivotal role in the 30-year war of 1618 – and memories run deep in that region. It would be ironic if the state played a similar role in the final breakup of the EU.