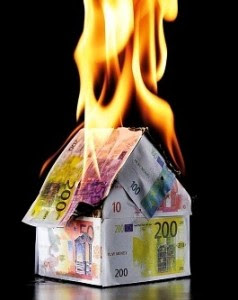 One might expect a medical practitioner to take a professional interest in the death throes of a patient. For most ordinary people, though, the experience is distressing and, where unduly prolonged, is weighed down with an element of guilt-tinged tedium.

That is where we stand with the euro, but as we hover by the deathbed in anticipation of the long-awaited demise, it is hard to decide whether the figure of the German chancellor represents the grieving relative, the physician – or even the assassin.

Scanning the huge rage of comment on the issue, I am cautious of pronouncing – or even offering analysis – conscious that in such tense situations, much of what is said and done by public figures is for effect. It may not in any way reflect the truth of what they feel or intend, and most probably does not.

A further problem – to which we have alluded many times – is that figures at the centre of a storm rarely have perfect knowledge or understanding. Rarely, in fact, do they have even the ability to decipher the very mixed messages pouring from the media and the many other sources.

Centre-stage for today though is the vote at the Bundestag where Merkel will have to face hostile parliamentarians and somehow convince them that she should throw another shed-load of money at the Greek problem.

Sentiment, we are told, "remains passionately divided". Some labour unions, oddly, are calling for measures to be supported, while the conservative Mittelstands und Wirtschaftsvereinigung (small business alliance) is urging deputies to vote "no".

The politicians themselves are hopelessly split, and up to 19 rebels from Merkel's CDU may change the parliamentary arithmetic in an unpredictable way. However, in a Duke of York sense, we have been marched to the top of hill and down again so many times that it is hard to know whether we are either up or down.

Whichever way the vote goes, though, it won't mean nuffink. And no amount of clever commentary or analysis is going to make any difference either. No one is in control any longer. The idea that "timely and decisive action" - even if it was possible – can pull us back from the brink is so much moonshine. We are all passengers of events.

COMMENT: "THEY KNOW NOTHING ELSE" THREAD
Posted by Richard at 01:01