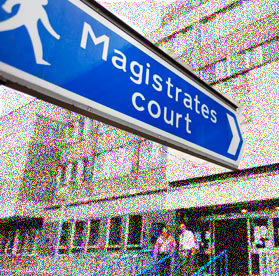 An interesting twist emerges with the continuing saga of the Great Siege of Bradford, in the form of the Council Tax (Administration and Enforcement) Regulations 1992, Regulation 52 (4).

Readers will instantly recognise this jolly little provision, which states that where Council Tax recovery is in progress after a liability order has been issued, and the debtor pays only part of the overall bill, the costs and charges can be deducted first. Only the balance goes towards paying off the debt.

Essentially, therefore, the bailiff fees come before the tax bill, and the higher the fees and the more rapacious are the bailiffs, the less the councils are likely to get.

But what makes this particularly interesting is that, having been approached by the bailiffs, who have since racked up over £260 of their own costs, I paid the Council Tax bill direct to Bradford, MDC, but only that sum and nothing else.

On 12 September, however, the egregious Mr Parker, he of the enforcement revenues service, told me that "Jacobs Bailiff Company has followed the correct procedures" and that their fees "still need to be paid". If Mr Parker's opinion was to prevail, however - that the bailiff's fees have been correctly charged – then two issues must be addressed. Firstly, I have actually paid the bailiff fees. Secondly, I have not paid my full Council Tax.

The consequences of this are also quite interesting. Jacobs the bailiffs, do not have a claim against me for their fees. They must go to the Council, which currently holds them. Further, since I am refusing to pay any money to the bailiffs, that must be construed as refusing to pay the full amount of my Council Tax.

On the basis, the Council's only and necessary course of action is to seek my committal to prison, to which effect it must summons me to court. At that point, my defence is that the fees were not properly charged, and I have in fact paid my Council Tax.

All of this puts the local authority rather over a barrel. If they do not pursue me for the sum outstanding, they are, de facto admitting that the bailiff charges were not valid – i.e., fraud. If they do pursue me, I then get my opportunity in court to demonstrate that the charges were not properly made, under which circumstances, that effectively proves the fraud.

Of course, in the event that the court finds that the fees were correctly charged, then I pay them and escape prison. At no time have I refused to pay any lawful charge.

Already, I have written to the Council leader, and have most recently written to my ward councillor, who is also a portfolio holder, warning him that this issue will not go away. Ignoring it is not an option. The Council has started something … the ball is rolling and it must be played to the finish.