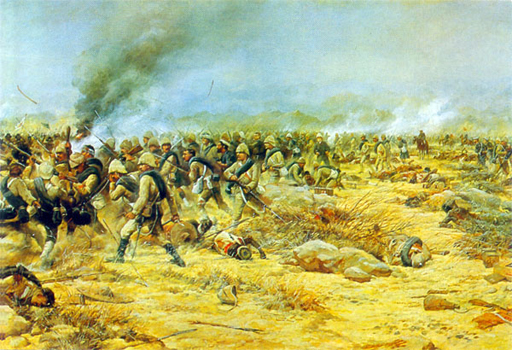 I promised yesterday that I would start addressing ideas on how we, the people, start recovering power from the politicians or – as the case may be – taking power that we have never had.

On this, I recall a man – I think it was Rothschild, but the name doesn't really matter – advising on what it took to become a millionaire, in the days when a million was an unimaginable sum. He is reputed to have said that all that was needed was a burning desire to earn that much, and a determination to put that objective above all else - everything else.

In like fashion, all that is needed to acquire power is that same determination – and therein lies our problem. Generally, the English people are not power hungry. They are indifferent to the trappings of power and most often prefer simply to be left alone. Shorn of ambition, however, we tend be relaxed about other people doing the job, and we end up content to let other people do the ruling. Sadly in some cases, that means we can be easily led.

This is a tolerable situation when we are tolerably well ruled, and when our government is unobtrusive and inexpensive. But when we are badly ruled, when government increasingly intrudes in our daily affairs, and when the cost becomes oppressive, it is time for change. But, for that to happen, we must want it to happen, and be prepared to make it so.

Unequivocally, this leads to the first element in any "plan" – the gathering together of enough like-minded and sufficiently motivated people who are desirous to some extent of change, and are prepared to work constructively to achieve it.

Arguably, that is what political parties are about – but the iron rule of Selnick's "self maintenance" says otherwise. The purpose of a party becomes its own perpetuation – the task always ends up taking second place to that overpowering need. Any successful group must be unstructured, free from the dead hand of institutionalisation.

The second fundamental is the recognition of a simple doctrine. Primarily this states that we should tolerate governments only because the alternative – not having a government – is marginally worse. But it must always be understood that government is at its heart our enemy. Given a chance, it will enslave us.

From this stems the third vital element of any plan – the recognition that we are in a state of continual war against our own government. It may be a civilised sort of war, without bloodshed, against a foe with whom we can be cordial and good-natured. But it is our enemy and we are at war with it.

Then we have to fight within our means, usually as a part-time effort, as we all have our own lives to live. Thus, we also have to fight clever, to make up for our chronic lack of resources. Not any of us can match the richness and breadth of government, because it can use our own money against us.

Thus, effectively, we have to fight as guerrillas. The Mao precepts apply here: when the enemy attacks, I retreat, when he stands still, I harry, etc, etc. The detailed rules are here, but they have to be adapted to our civilised sort of war.

What that means in practice is that we have to pick the enemy's weak spots - his vulnerabilities – and exploit them. And this is where I particularly like the strategy of legality, making the government obey its own rules, using them to damage and harry it until it is prepared to concede our aims.

To that extent, we cannot necessarily choose the battlefield. One target may be the British membership of the EU, but the direct approach may not – and certainly has not in the past – yield dividends. But attack in a different area or direction may bring the enemy to the table, whence we can make our broader demands known.

Broadly speaking, though, we must remind those who wish to rule us that they rule with our permission and by our consent. Mostly, in huge areas of our lives, they have no permission to rule us at all, and we must remind them of that as well. In short – for the time being - we must as a group make ourselves ungovernable, in a very genial sort of a way, all to make that singular point, that we are the masters.

And if that all sounds terribly metaphysical, it isn't really. The real plan is that we don't actually want a plan. We don't need "leadership", inspirational or otherwise, because in our everyday affairs, we don't need to be led. We are quite capable of managing our own affairs, thank you very much.

What we want is that part of government that must exist to run itself smoothly, quietly, unobtrusively, and with maximum economy. But, if the price of freedom is eternal vigilance, and all that, every now and again we recognise that we have to put government back in its box when it gets above its station.

Now is one of those times, and that task falls to us. We didn't ask to do it and, frankly, we have better things to do with our time and money, but it is a job that needs doing. So, that is the "plan" – a non-plan, if you like. I'll pop down to the charity shop and get some clothes to put on it over the next few days.