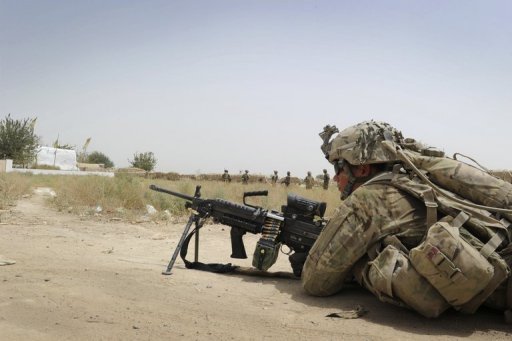 Ten years after the destruction of the twin towers, perhaps the most telling legacy and symbol of the decline of the West remains Afghanistan. With half a trillion dollars spent, the country is still one of the poorest in the world, and no closer to being stable and peaceful than it was on 9/11.

"The foreigners are here for their own benefit. They came here by force and they will leave here by force", says Sayed Mujtaba Mahmoddi, a Kabul university student. "Afghanistan has developed a lot during the past years, but the development does not match the money spent. So I think the international Mafia, together with the Afghan government, spent all this money improperly".

For the nearly $450 billion Congress estimates the US alone has spent waging war there, every Afghan man, woman and child could have been handed $15,000. That sum is ten years' earnings for an average Afghan, according to UN estimates.

Life expectancy is under 45 years, and around a quarter of children don't even live to see their fifth birthday. Even for those who survive, expectations are low.

And that is but a tiny fraction of the litany of woes affecting that benighted country. The people who died on 9/11 and the many thereafter deserved a better legacy. So do we. But as always, our masters are good at taking our money. They are considerably less good at delivering value and even less good at furnishing a proper legacy for those who die in the name of freedom.