Always last to catch on 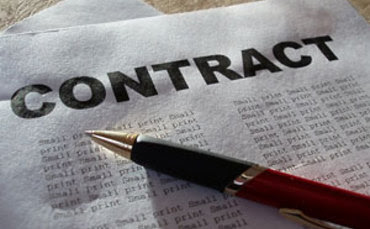 Anyone who professes to take at least some interest in the movements of the EU has known about the Agency Workers Directive since 2007. I remember reading reports in HR and engineering trade journals back then and they were saying pretty much the same then as they are now. It's insane.

What is not in the least bit surprising is that The Daily Telegraph and our administration seem only to have noticed its impending implementation in the last couple of weeks. And what we get in terms of final resolution is this. Another transparent stunt to give Cameron a veil of euroscepticism.

The other agenda at play here is the Lib Dem ploy to make Tories look like the enemy of the agency worker.

Downing Street has been told by lawyers that the Business Secretary’s department has "gold-plated" the legislation with additional rules that need not have been included, despite a pledge by the Coalition not to introduce unnecessary regulation that undermines business.

And so what we have here is a cynical ploy by both parties. This enormously damaging piece of legislation may well notionally result in more rights for agency workers, but the net effect will be fewer agency positions and agency workers being fired after the minimum term.

All this in order to "fix" a problem the EU created. The temp industry grew up out of EU regulations making permanant positions a thing of the past. I recall at the beginning of my career, shortly after Maastricht, the old convention was to do six months and if you survived that long, you would probably be offered a full time post. But since it became virtually impossible for businesses, and especially the public sector, to hire and fire at will, the rolling six month contract was born whereby some agency staff would work up to three years without only a base level of rights. So again we have what the old man refers to as the sledgehammer to miss the nut. Another game of regulatory whack-a-mole.

If we had such a thing as intellectual honesty in politics, someone of a liberal and democratic dispostion would be fighting this foul piece of meddling tooth and nail. If we had a genuine eurosceptic PM he would throw this trash back to whence it came, with a two fingered salute to follow. But we do not. We have a self-obsessed, power hungry scumset manipulating the gullibility and ignorance of the electorate for its own selfish ends, playing politics with our livelihoods.

And they won't stop there. After that they will come after umbrella workers and contractors. Should they do that, we will be a great deal closer to that moment where we stop talking about rising up and slaughtering them and starting the ball rolling. I will get myself measured for a wetsuit.

At least the Boiling Frog has an advantage there. Kitted out naturally, he doesn't need one. But he, like me, is bored by the posturing.