The establishment on trial 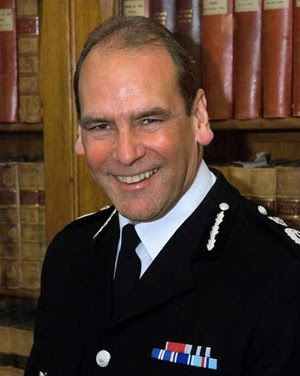 On day five of the Great Siege of Bradford, there is no sign of the enemy and not even the vaguest hint of his presence. But one thing our high profile approach to this event is doing is destigmatising the issue of bailiffs and debt.

Since this started, I have had a number of e-mails from people who have had bailiffs call at some time during their lives, and only now are prepared to admit it. But it is this reticence, a vestigial sense of shame, on which the debt industry relies. There is no sense of community here, and it is that which enables the bailiffs to pick us off one at a time.

What comes over from visiting any number of forums though is that the problem I have encountered is by no mean rare. On the contrary, deliberate and illegal overcharging is a central part of the business model, practised by most of the bailiff and debt recovery companies, with the tolerance and sometime the active assistance of the police.

Furthermore, this has been going on a long, long time, witness this account in 2006. There we see exactly the same process of the "debt" being deliberately inflated by our old friends Equita, with a congestion charge fine ending up as £490.71.

That the bailiffs are on thin ice is evidenced here as the "mark" then complained and got most of his money back. But fast forward to March of this year and we see Equita charging £565 for a parking ticket. Once again we see the same mechanism, where the bailiffs falsely claim to have made a number of visits, thus racking up their fees before they make their approach.

But despite this rampant illegality, which is repeated day-on-day to the tune of hundreds of millions of pounds (Equita alone claim an annual turnover of £20 million), only very rarely does the media take an interest.

Here, we have a rare example (above) where minor sleb Linda Robson complains after bailiffs harassed her cancer-stricken stepfather over a bill – which he had already paid. Once again our old friends Equita inflate a fine, from to £120 to £433. This time the bailiff "forgets" to bank the money after extorting it, so another firm chases him for the same amount.

Of course, presiding over this particular piece of thievery (and many more) is Boris Johnson. As mayor, he is vicariously liable for the actions of his agents, so he cannot wash his hands of this rampant theft. However, this is also a man taking a £250,000 fee from the Failygraph on top of his salary of £140,000 salary as London Mayor, the former being a sum he calls "chicken feed".

Clearly, one is not going to see cheeky chappie Boris complain about the illegalities perpetrated by the bailiffs in his newspaper column, when he is a direct beneficiary of the system. Unpaid congestion fees certainly are not "chicken feed" when he has his jolly little hand out for a share of the dosh.

But if all we can expect from the loathsome politicians is a master class in hypocrisy, it is totally unconscionable that the police should refuse to act on what is good evidence of criminal acts on a colossal scale.

Therefore, today I have written to the Chief Constable of West Yorkshire Police, Sir Norman Bettison (pictured, top). In a short letter, I have told him that I am troubled by the prospect that there is a group of citizens which, no matter how gross and apparently criminal the behaviour, is above the law. The police will not intervene even when what appear to be serious crimes are committed.

On the basis that I wish to report a crime to his police force, which has so far refused to accept my report, I have asked him to nominate an officer to whom I might convey my complaint.

Following on from Peter Troy's success in getting Durham Constabulary involved in his incident, this is the next step. Criminal acts have been committed, and the establishment is on trial. It is going to have to prove to me – and us all – that there is not one law for them, and one for us.