News from a distant planet 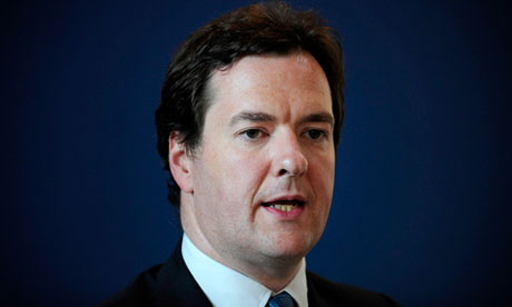 In a settlement called Manchester, on the outer reaches of the Universe, man-child Osborne is pontificating on things about which he knows very little.

Specifically, the man-child is telling an indifferent world that "A successful euro is in Britain's interest", oblivious to the fact that it is crumbling as he squeaks. Greece is at the epicentre, and commentators are declaring that we are living through a crisis, the nature of which has not been experienced in our lifetimes.

Quite what the exact nature of that crisis is, however, no one really knows. This is one for the historians to work out. Anyone at this stage who professes to claim they know what is going on, and is thereby not confused by events, simply has not been listening.

Meanwhile, Simons Jenkins - no mean historian – smells an end that is nigh. Greece's bluffing of the high priests of the eurozone may, after all, be called, he writes. The unthinkable may be unavoidable. The priests are suddenly talking of "when, not if," Greece defaults.

Now it is that the commentariat are beginning to catch up. The "unthinkable" was presaged in a book called The Great Deception, first published in 2003. "Will the European Union survive?", we asked rhetorically, knowing full well that it couldn't. Of course - and as so often - we were ahead of the field, even if we were only recording that which was obvious. Nevertheless, at a time when the "project" looked invincible, we were forecasting its collapse. Unknown to us, it was not even to last ten years.

Needless to say, with the mindwash media in full spate, no room has been given to the two authors of this book to revisit their prediction. In a world where everybody now is a eurosceptic, and everyone saw the fall coming, there is no need for us.

Jenkins, though - for all his great skills and perception - hasn't quite got it. The current situation, he says, "may lead on to Cameron's ambition for a genuinely reformed Lisbon treaty, one that, unlike its predecessor, could pass the test of a referendum". But it won't - it can't.

This is fantasy. The maggot-ridden carcase of the EU, dying but not yet dead, is hard-wired to resist "reform". It will rot away in its present form yet, like Hitler in his bunker issuing orders to the last, it will be spewing out directives in its death throes.

"Europe" is clearly at a turning point, adds Jenkins, turning against the single-statism of the European movement, with its straitjacketed currency, its flows of economic migrants and counterflows of subsidies, its everlasting crises and its humiliation of democratic governments. It is turning back to national identity, and there is nothing the EU can do to stop it.

That much he has got right, but what happens next is anyone's guess. What is terrifying is that, with British policy development and much of our administration having been outsourced to Brussels, we have lost much of the capability to rule ourselves. Whether we can re-acquire it in time is moot, but with the sorry lot we have on that even more distant planet called Westminster, I rather doubt it.