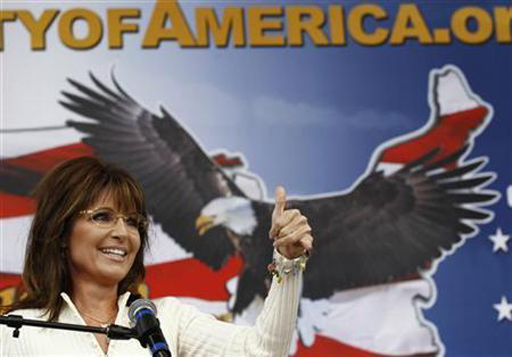 A report of a recent speech from Sarah Palin has the New York Times almost purring with pleasure. She made three interlocking points, says the paper. First, that the United States is now governed by a "permanent political class", drawn from both parties, that is increasingly cut off from the concerns of regular people.

Second, that these Republicans and Democrats have allied with big business to mutual advantage to create what she called "corporate crony capitalism". Third, that the real political divide in the United States may no longer be between friends and foes of Big Government, but between friends and foes of vast, remote, unaccountable institutions (both public and private).

These points are directly applicable to the UK (and much of Europe), and are much the same that I have addressed in three separate pieces, this one, then this one and especially this.

What has happened, as I argue in the third of my pieces, is that the line has moved from vertical to horizontal, the upper part occupied by the political classes and the corporates – with no distinction between private and public sectors.

That is in fact, where the battle lines are now drawn, something which Palin understands. If the sensitive little souls from UKIP got over their wounded feelings and used their brains, they too might realise that. The EU is only a tiny part of the overall problem. It is one corporate amongst many.

On top of the political classes, therefore, our enemies are the corporates. The battle is to be fought with them as a whole. And that is going to need a lot more than a referendum, or any of the other ideas we've seen coming from a eurosceptic camp that seems unable to comprehend that the battle has moved on.