Pictures that tell a thousand stories 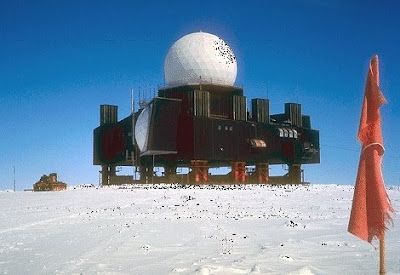 The story behind these pictures (see also below) is told on Watts up with that. In a nutshell, these are "before and after" pictures of the Dye 3 radar warning station in southern Greenland, one taken in 1967 and the other in 2006, after it had been abandoned due to the encroaching snow.

At a direct level, this gives the lie to the oft' repeated mantra of the warmists that the Greenland ice cap is melting, adding to the growing body of evidence that suggests that their alarmist creed is totally misplaced.

The wider lesson, however, is that despite the evidence, not only does the warmist creed survive and prosper, but it is embedded so deeply in the body politic that it has driven out any discourse. It has become the received wisdom amongst all the major political parties, not only in this country but elsewhere, not least in the United States.

Driving this is the leaden doctrine of consensus, so beloved of the "colleagues" in the European Union. This is a close relative to totalitarianism, where only the party line is permitted. Any disagreement is treated as heresy, a political crime which must be punished.

Yet, in the "real" world, as demonstrated by Booker's column last Sunday, there is anything but consensus. Over 1,000 comments on the piece attest that the doctrine of global warming, or "climate change" as the believers now like to call it, is hotly disputed and subject to a vibrant – some might say vicious – debate. 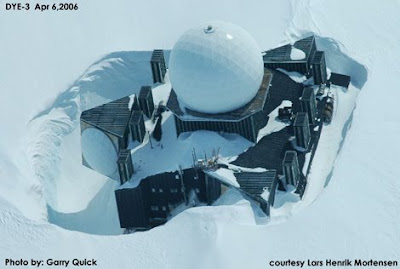 The point here is that is debate takes place not in the media proper or within the political classes, but outside on the periphery. Yet there is nothing more inherently political than global warming, driving as it does huge areas of public policy, distorting government responses to a wide range of problems – not least energy – and costing us a fortune in taxes and hidden levies.

That the debate takes place outside the normal political cockpit illustrates one thing – that the political classes have, in effect, opted out of politics. Instead, they entertain themselves prattling about the things they want to talk about, and then expend their energies on trying to tell us that we should take them more seriously than our own concerns.

Therein lies the heart of the disengagement with the political process. It is not, as many politicians would aver (and like to believe), that we have lost interest in politics. It is more that they the politicians – and their groupies - have lost interest. They have become totally detached from reality, wrapped up in their tiny, putrid bubble of self-interest which dominates their lives.

To that extent, global warming is the model. As with this subject, we have the leaden consensus on immigration, on the European Union, on public finance, on law and order, and a host of other issues. Where the public at large would like to see radical change, the political discourse is limited to tiny movements within rigidly defined boundaries.

The political classes will entertain discourse only within those boundaries so that, while we are permitted to have a discussion about how we manage the effects of global warming, we are not allowed to dispute the central premise. We are not allowed to argue that the phenomenon is not man-made – rather it is part of a normal climate cycle and that, quite possibly, we are now entering a much more dangerous cooling phase. That area, to the political classes, is totally out of bounds.

For "global warming" substitute immigration, or a wide range of issues, and the treatment is the same.

In their own way, however, these pictures could also be used to illustrate another story, the fate of those self-same political classes. They are represented by the radar station, built with high hopes twenty feet above ground level, dominating the ground. For "snow" read "public opinion" and the picture is complete. Unable to shift their ground, the political classes have become submerged, wholly irrelevant and useless.

But, buried in their deep cocoon of "snow" they – like the Met Office - have not yet looked out of the windows. When they do, they are in for a shock. And soon after, the oxygen will run out.