The erosion of government 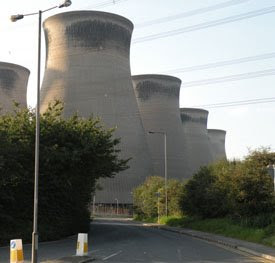 It was in July of this year that the House of Commons Environmental Audit Committee - prop. Tim Yeo - told the government that it must set a deadline for coal-fired power stations to install technology massively to cut their emissions, or they must be shut down.

In so doing, the committee sought to add to the burden on an industry which is already, for diverse reasons, failing to get to grips with the looming electricity shortage – offering a strategy which would make it near certain that the lights went out in 2012 or sooner.

Now, from the same House of Commons which brought you this lunacy, we have the Business and Enterprise Committee, headed by another Conservative MP – this time Peter Luff. His committee is warning that Britain is threatened by an "energy crunch" with disastrous social and economic consequences.

The warning, we are told, is to be found in a report published by the committee this morning but – at the time of writing – this is not yet on the internet, so we must rely on media reports for the content. That is never a wise thing to do.

However, according to the Financial Times, the reason the Committee feels that we are in this dire situation is because of the impact of the financial crisis on the industry's investment plans.

Thus do the MPs write that: "Generating capacity equivalent to nearly a third of current electricity demand will be made redundant by 2020. It will need to be replaced. We believe that in the current economic climate there is a high risk that the energy companies will not be able to raise the finance necessary to build this."

To ram home the point, Peter Luff then tells the FT (doubtless via a press release) that there was a concern about investment in new nuclear power stations, because of the increased cost of raising funds, and the government's failure to set a clear policy lead.

"Particularly for nuclear, the important thing for investment is the cost of capital, and that plus the fact that there is not a statement of need for nuclear from the government means there is a real risk of not getting the nuclear investment we need," he says.

Luff and his committee have a point but, of course, there is much more too it – as we all well know. The problem for these MPs is that energy has recently been transferred to the new "climate change" department. Thus they only have a residual responsibility for energy, confined mainly to financial and investment issues. This rather limits the scope of what they can discuss and report upon, without treading on the toes of another committee.

The greatest value of this report, therefore, is the negative messages it sends – that there are conflicting issues and that there is no one with overall responsibility for dealing with them.

Those, unfortunately, are too subtle to be readily appreciated or understood but are the reasons why the lights are going to go out. No one is in overall charge – there is no one to get a grip and sort the problems out. Everything is compartmentalised and detached, everyone doing their own little bit, without reference to their impact on other areas.

That, in a very real sense, is the general paradigm. With power and responsibilities split, and spread between national and international bodies, no one person or entity – like the British government – has any longer the wherewithal to resolve even pressing issues like maintaining our electricity supplies.

With electricity, however, the outcome cannot be fudged. Soon enough the lights will go out, and it is then that the questions will start to be asked in earnest and the majority of people will begin to learn how badly their systems of government have been eroded. It is a great pity though, that it will have to come to that.