We are supposed to take this seriously? 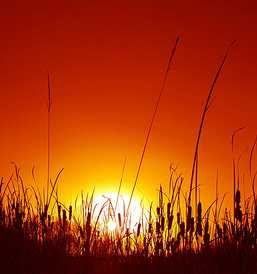 Next year in the UK is set to be one of the top-five warmest on record, according to the Met Office.

The average global temperature for 2009 is expected to be more than 0.4 degrees celsius above the long-term average, making it the warmest year since 2005. The Met Office also says there is a growing probability of record temperatures after next year.

The record year was 1998, says the Met Office, and this one, we are led to believe, will not be far behind, even if it will not beat the hottest year. Thus, says Professor Phil Jones, director of the climate research unit at the University of East Anglia, "global warming had not gone away despite the fact that 2009, like the year just gone, would not break records."

Taking a quick reality break, courtesy of Steven Goddard over at Watts up with that?, we are reminded that the Met Office in April last year predicted that the 2008 summer would be "warmer than average" with "rainfall near or above average."

That was immediately picked up by The Observer which happily reported: "Britain set to enjoy another sizzling summer after new evidence from the Met Office suggested above average temperatures for the season."

As the country basked in warm spring sunshine over the Easter weekend, the paper went on, "the new research suggests that it could be time to say goodbye to defining features of British life, like rainy picnics and cloudy sunbathing."

By 29 August, however, someone had obviously been looking out of the window, allowing the Met Office unashamedly to report that the summer of 2008 had been: "one of the wettest on record across the UK." And here they go again, "predicting" that 2009 will give us another warmer than average summer.

Meanwhile, as we shiver in the unaccustomed cold, The Daily Telegraph is telling us: "New Year's Eve set to be colder than in Iceland." Even then, the memory-free journos - Duncan Gardham and Jon Swaine – have imbibed the fantasia and are solemnly repeating the Met Office mantra.

Funny enough, all Met Office forecasts carry a health warning. We are told that, "Our long-range forecasts are proving useful to a range of people, such as emergency planners and the water industry, in order to help them plan ahead."

They are not, we are cautioned, "forecasts which can be used to plan a summer holiday or inform an outdoor event." But, it seems, they are good enough to predict global warming well into the next Century.

And we are supposed to take this seriously?