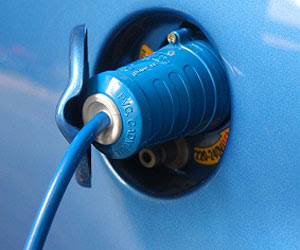 It is some time since we tackled the vexed question of the EU's biofuels regime but that does not mean that it has gone away. Once the EU digs its claws into an issue it never, never lets go.

As of yesterday, the highly contentious commission proposal that ten percent of road transport fuel should come from renewable sources by 2020 passed through the EU parliament, going to the wire in the third "conciliation" stage where there are direct negotiations between the parliament and the council to reconcile differences in their respective common positions.

The agreement, however – to judge from the limited coverage, including Reuters - seems to be a glorious fudge, as the overall target has been reduced by between a quarter and a third (depending on which report you read) and replaced with a requirement that the overall quota of ten percent "renewables" is made up with green electricity.

This, ostensibly means that member states will have to commit to promoting a huge expansion of electric cars, although how there can be any guarantee that they are recharged with electricity from renewable sources is anyone's guess.

But the fudge goes deeper than that, with the electricity component extending to cover trains as well as road transport, allowing those run by "green" electricity to count towards the renewables quota.

In a further twist, the commission has also agreed that, by 2010, it will come forward with proposals to limit the scope for using virgin land or forestry for biofuel production, answering criticisms that some types of biofuel production create more CO2 than they save. Production will have to be "sustainable", to which effect, the commission is also looking at non food-crops as feed stock – the so-called second generation biofuels.

Although this agreement will have a very significant impact on the UK, it goes without saying that the UK parliament has not been involved. It has much more important things to deal with, like the privileges of its members and the fate of the Speaker.

In due course, it will get its chance to rubber-stamp the proposals but the one thing it will not be able to do is change them. Such issues are can no longer be left to national parliaments as they, clearly, need the time to discuss endlessly their own internal workings and are thus far too busy to deal with tiresome things like environmental legislation.

MPs are, no doubt, eternally grateful that the EU has taken from them so much of their workload in order to allow them to concentrate on the issues that really matter (to them).