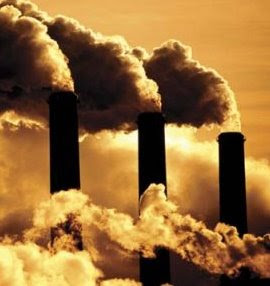 While our MPs were safely tucked up in their constituencies yesterday, the "colleagues" were still hard at work. It may have been a Saturday, but there's a planet out there to save, and no time to lose.

In terms of planet-saving, however, the scheme so happily paraded by the European Council on Friday looks to be about as substantial as an EU promise not to repeat a referendum that has delivered a "no" result. In fact, the package is descending into low farce.

That much comes from the details agreed today, where the "colleagues", caught between a rock and a hard place have decided they will allow energy and manufacturing companies in the member states to buy additional "carbon credits" from third countries.

This is the so-called "clean development mechanism", which some of the rabid greenies in the EU parliament wanted to block, concerned that it would reduce the pressure to achieve deep emission cuts.

What the colleagues have agreed, however, is that these filthy, dirty, capitalist polluting swine major employers can, between 2008-2020, top up their EU allowances through the CDM. Furthermore, the allowance has climbed to 1.554 billion metric tons-worth of carbon credits from developing countries such as China. The figure represents an 11 percent increase on the 1.394 billion originally proposed by the EU commission and a great deal more than the greenies wanted, their idea of a quota being "zero".

This comes to us via Bloomberg, which tells us that these permits, administered by the UN, are cheaper than EU allowances. The effect of putting them on the market, therefore, will be to drive down the overall cost of "carbon", thereby reducing the financial incentive to reduce emissions.

Here, the greenies have got it right, in that it prejudices the whole scheme and makes it extremely unlikely that the EU emissions target will be reached. But, faced with avoiding the bankruptcy of the best part of the heavy industrial base within the EU member states or saving the planet, the commission blinked.

What is particularly delicious about all this – and much more – is that much of the pressure has come from Italian prime minister Silvio Berlusconi, who has been threatening to veto the whole climate change package unless it was toned down.

Here, he has been extraordinarily robust – unlike our lot which would have bought the whole thing unchanged. Berlusconi told journalists that he thought it was "absurd" to be talking about carbon emissions in the face of the more pressing financial crisis. "It's like someone with pneumonia thinking about having a hairdo," he said.

It's actually a lot madder that that – more like going for a long walk in a blizzard in your underpants. With full auctioning required for electricity producers from 2012, we are still stuffed. The only real difference is that we've been allowed to keep our socks on as well.

And so the madness descends. But I don't know what really worries me most. The package that the "colleagues" have produced is one thing. But working on Saturdays? That really is scary.