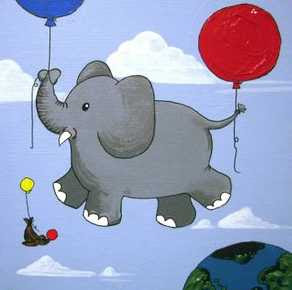 Our government meets again tomorrow – that institution called the European Council, which the hacks and all the rest of them insist on calling a summit.

You can tell it's imminent because, all of a sudden, we get a tranche of more than usually inane drivel from Gordon Brown's office, telling us how he is going to take the EU by storm and do such things …

This time, it has generated a highly improbable claim, heralded by The Observer as a headline that must even had this paper sticking its tongue firmly in its cheek.

That headline actually declares, "Jobs come before EU, says Brown", which is supposed to convince us that the munificent Gordon Brown will use the "summit" tomorrow "to push for the scrapping of EU red tape to help save jobs."

We are thus told that the prime minister believes some new directives should be ditched or delayed to ease the pressure on businesses teetering on the brink, and we also learn that he will also "press for the rules of the EU stability and growth pact to be relaxed during the crisis."

Since Brown's idea of running an economy is set to drive the proverbial horse and cart through these rules, this is something of an insurance for him against getting his knuckles rapped, but The Observer also thinks that this could be part of the dark plot to bring the UK into the euro.

Clearly, it thinks that waiving the rules could allow the UK to qualify when at the moment we would not have a hope in hell of meeting the Maastricht criteria. Certainly, the Spectator Coffee House thinks that this talk about the euro is more than idle speculation, and that there is something of substance to the current discussions amongst the "people who matter".

Nevertheless, the emphasis – as far as Downing Street is concerned – will definitely be on "protecting jobs", but getting anything scrapped, as is the declared ambition, is probably so much moonshine for domestic consumption.

So tarnished is the Brown brand, and so improbable the claim, however, that only The Observer has bothered to print it. But what we might see is Brown reactivating his idea about reducing VAT on "green" products, about which the "colleagues" have been distinctly unenthusiastic.

However, there is little chance of anything constructive coming out of the Council – which will run its to its usual overnight session, with the communiqué prepared long before the meetings start. We would have a better chance of seeing elephants floating by, suspended by coloured balloons.

Still, it makes a change from pigs flying. I've given up waiting to see them, so we may as well go for broke.