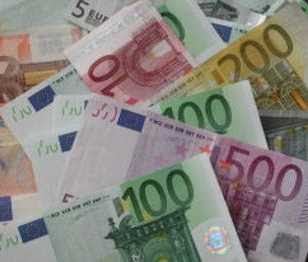 Any which way you cut it, the management of the euro has been largely dictated by Bundesbank monetary policy, predicated on keeping inflation within acceptable bounds. Other euro members' needs have always played second fiddle to this core priority.

To that extent, the euro experiment has always been driven by German self-interest and, therefore, it should come as no surprise that Ambrose Evans-Pritchard is telling us today that that self-interest continues unabated.

In a piece headed, "Bullying Germany gets a free ride with its beggar-thy-neighbour policy," Ambrose confesses that, for the first time in his life, he is starting to feel twinges of anti-German sentiment, sharing what he describes as a loss of patience "with the antics of the finance ministry and Bundesbank, and with the dictatorial turn in Berlin's EU strategy."

His thesis is that Germany "is pursuing a beggar-thy-neighbour policy." It is not fulfilling its responsibilities as the world's top exporter and pivotal power of Europe's monetary union. It is leaching off global demand, even as it patronizes Anglo-Saxons, Latins, and Slavs.

For sure, Ambrose nods in the direction of "binge debtors in the Anglosphere" who he acknowledges "are much to blame for this crisis". But, he reminds is, "Germany rode the boom too." It made those Porsches and BMWs driven by the new rich. Its banks are among the most leveraged in the world.

His thesis is, as one might expect, highly contentious, with well over 100 comments on the online edition of his piece – and some unfavourable comment flying round the internet. But Ambrose has a point. The whole idea if the EU experiment is that national interest should be suppressed. We are all "partners" is this brave new enterprise, and being communautaire is the new black.

With Germany and France long considered the "motor" of European integration – and Germany the dominant economic power – this sets up Germany as the key player, imposing on it a strong responsibility to approach economic issues from a "European" perspective rather than putting national interest first.

What, therefore, Ambrose is pointing out is the difference between "European" rhetoric that has been spewing out from Germany in the last 50 years and more, and the harsh reality. When the chips are down, Germany has reverted to type and is looking after its own national interests and putting “European” needs very much in second place.

That Germany should do so is hardly surprising, but its own actions should be measured against its euro-rhetoric. Either Germany is a core member of the EU or it is an independent nation state, entitled to promote its own interests irrespective of the effects on its "partners".

In theory, it can't be both but, in practice, it is turning out to be a "fair weather" member, fully communautaire when it suits it – and when it benefits from other members so being – but just as nationalistic as it ever was when there is any conflict. But, while Germany is by many judged right to pursue its own interests, measured by its own rhetoric, it is wrong to pursue the line it is taking.

What Ambrose does not point out (in this particular piece), however, is that behind the scenes this nationalistic action is placing enormous strains on the EU construct. We know that the economies of Greece, Portugal, Spain, Italy – to say nothing of France and Ireland – are groaning under the additional burden of euro membership. But for the common currency, we would be seeing a number of European currencies going into a nosedive alongside the pound.

What the euro is doing though, is hiding the cracks – but that does not mean they are not there. They are indeed there and serious stresses are building up in the system which are bound to give vent in the not too distant future. When that happens, the national interest that Germany is so obviously following, will become evident amongst all the players, with the EU left on the margins, a fractured and impotent entity.

By comparison, Brown's mismanagement of the British economy will seem of minor importance, as the fracture lines grow to earthquake proportions. What is happening in Germany is only the start.