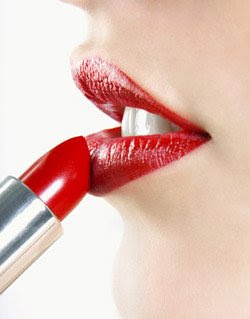 For a blog which is not usually complimentary about the fourth estate, it was a rare moment when, last night, we applauded a piece of intelligent journalism.

That plaudit, however, was offered on the basis of a review of the online edition of The Daily Telegraph. When it comes to the print edition (my copy sold ooop North), the story is confined to the "news bulletin" section, so truncated as to lose most of its detail and therefore its impact.

Yet this same newspaper finds the room to devote nearly half a page (including a massive photograph) to a story headed "Model falls to her death after hearing truth about lover", and just short of a quarter of a page – with photograph – on "Lipstick effect of women facing up to life in the red".

On the face of it, the death of one fashion model, is worth more than the death of one Royal Marine serving his country, in very worrisome circumstances, where the development is one that concerned people will rightly wish to know more.

By the same measure, that death is of far less importance than a story about women buying cosmetics to cheer themselves up because of the recession, while the really "big" military news is that Prince Harry is "to stop drinking" while he trains as a helicopter pilot.

This distortion of priorities – and values – is not a mere academic issue, nor a lament about how low the fourth estate has sunk. It matters.

High in the news over the last few days has been the impending departure of British troops from Iraq, leaving – some would say, including this blog – under a cloud, defeated by the inability to deal with the Shi'a insurgency that cost many lives and set back the recovery of southern Iraq by many years. 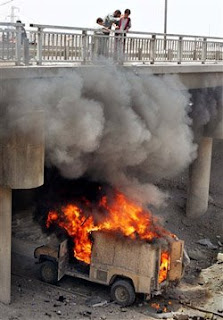 In writing a book on this issue, I have reached early 2006 in my narrative, when it was very clear – on the basis of rigorous research – that the Army had all but lost control of Basra. Death squads were brazenly roaming the streets, killing people in broad daylight, and British troops were being hammered whenever they left their bases, suffering 41 recorded attacks in one fortnight.

Yet, what is striking about this period was how little of this descent into chaos was being reported by the British media – or at all. Understandably, it was submerged by greater violence elsewhere in Iraq and the various political dramas associated with the country. Not only was there the "soap opera" of the selection of the Iraqi prime minister, there was the Saddam trial, all of which was in any event competing with the media and world news agendas.

Nevertheless, this was an area under British occupation and therefore one of importance to us all. Yet Basra news – when it was reported – tended to be buried away almost as afterthoughts in reports headlining something completely different.

By way of an example, on 21 April 2006, The New York Times carried a full report on the prime minister al-Jaafari dropping out of the race to lead a new government after the December elections. Embedded in that story was the one line detail that, "In Basra, a car bomb killed two civilians and wounded five others, including three traffic officers and a border guard."

Likewise, in an item about al Qaeda, the International Herald Tribune informed of three men in Basra being abducted in two different incidents. In one case, the kidnappers had worn commando uniforms. In neither incident do the details seem to have found their way into the British media.

Yet, during that period from late April to early June, it was estimated that one person was being assassinated in Basra every hour. Public order had disintegrated.

Nor was this entirely sectarian killing, as was being experienced to a great extent in the rest of Iraq and particularly in Baghdad. In the south, the situation was very different. Much of the increased violence was an intensification of internal Shi'a rivalry rather than the "civil war" which seemed to be breaking out elsewhere.

In particular, what was actually happening, under the cover of the general chaos, was a battle between the Mahdi Army and the other militias for the control of the south, with Muqtada al Sadr's men strengthening their grip and gradually beginning to prevail. This development, almost unrecognised at the time, was to have huge consequences for the British Army and the subsequent battle for the control of Basra. 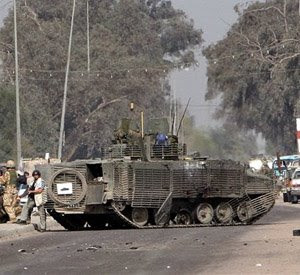 All this was happening at a time when Tony Blair and his ministers were claiming that the security situation in southern Iraq had improved, in order that he could pursue his agenda – for entirely domestic political considerations – of reducing the number of troops in Iraq.

One would like to think that, had the British public – and the political classes – been better informed, there would have been pressure to rectify a situation which clearly demanded more troops and more resources devoted to the theatre.

That may be a forlorn hope but then, we will never know. The bulk of people – who still rely on limited sources for their news input – were never given the opportunity to react, because they were never really informed by the media.

So does history repeat itself. News coverage of Afghanistan – a vital strategic issue – is similarly sparse. Yet, many of those who are taking a keen interest in the campaign (and in so doing, are having to rely on sources other than the British media) are increasingly coming to the view that the situation now is more dangerous than it has ever been – and that the strategy and tactics are desperately wrong.

Whether indeed that is the case is not something on which the British public is being invited to comment, not least because once-important newspapers like The Daily Telegraph prefer to titillate their readers with tales of dead models, and lipstick usage, rather than address issues of substance.

Currently, though, there is nothing comparable to fill the vacuum created by the departure of the media from the field, which is – to say the very least – a highly unsatisfactory situation.

How we address these distorted priorities is anyone's guess. The blogosphere has not yet stepped up to the plate and we risk drowning in ignorance and tat, while men (and women) die and our strategic interests are destroyed without us being in the least aware of what is happening.

I guess though, that the media is simply reflecting the wishes and interests of its readers – or is it? If that is the case, then we are looking at a society that has lost the will to survive, in which case the media is only a very small part of the problem. I wish I knew what it was, which might then at least give some clue as to how to deal with a very worrying phenomenon.