They care not what they do 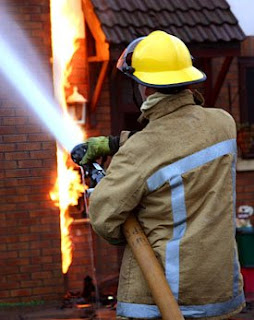 We have followed the drama of the removal of the UK "opt out" from the European Working Time Directive from afar, but with some dismay.

This was negotiated in 1993 by John Major as one of his Mastricht "victories". It was those same "victories" that had him proclaiming "game set and match" as he scuttled back to his hotel after the summit. There, he was to meet his civil servants for a debriefing, so that they could tell him what he had signed away, before he had to address the Commons later that day.

That all goes to show that, when it comes to lasting promises that have anything to do with the EU, politicians should not be trusted an inch … but then, that applies to everything else as well.

But little did our Johnny – now a born-again Tory sage - realise all those years ago that his deft handiwork was going to be unravelled. Still less would he have realised that this would totally stuff the fire services in the UK.

That latter point is very much on the mind of Jim Kilpatrick, Scottish national officer for the Retained Firefighters Union. He has written to The Scotsman warning that the directive could end the retained fire service in the UK.

Blasting the "misguided MEPs" who had decided to end the opt-out, he tells us that of the 67,951 personal employed within the UK Fire and Rescue Service, 18,827 work on a retained basis. These cover almost two thirds of UK fire stations and the actual UK landmass covered by the system equates to 91 percent.

The problem is that almost all retained fire fighters have some form of primary employment, which in itself averages around 40 hours per week. If you then add two hours training time and a minimum of two calls per week, this could mean that such fire fighters would easily exceed the 48 hour period on a regular basis.

Kilpatrick adds: "No-one forces us to spend our spare time in this way; we regard ourselves as paid volunteers. We do it because we want to not because we have to." But, with the directive, he fears that the system can no longer work. And without the "immense contribution" to emergency response his members provide, he is concerned that the fabric and function of the UK Fire and Rescue Service as we know it would collapse overnight.

He concludes by telling us that his members are extremely concerned that the EU will "legislate their jobs away" with dire consequences for the communities they are committed to serving. Like them, he says, "I am at a loss to see why legislation is proposed to take away freedom of choice."

Well, we are all at a loss, Mr Kilpatrick, but that's the EU for you. They care not what they do, and while they might burn in hell it looks as if, with the absence of your members, we will burn up here.