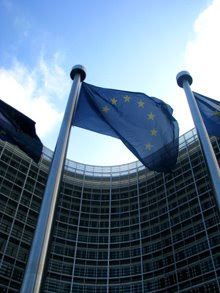 Bruno Waterfield had the story on Saturday on how the "EU spends £2bn each year on 'vain PR exercises'".

This was Open Europe doing its stuff, claiming that so-called European "information" campaigns were one-sided and boasted a budget that is bigger than Coca-Cola's total worldwide advertising account.

The Sunday Times picked up the same story yesterday, featuring the commission's massive spend on its "EU-tube", only to be rewarded with a pathetic hit-rate as an indifferent public completely ignored the site.

The ST also allowed a spokesman for the commission his say, whereupon he said, rather sniffily, "This is not propaganda, we are simply providing information." He added that the commission "did not recognise" the €2.4 billion figure, which this paper had flagged up.

In one sense, the commission is being honest – the figure does not represent the true spending on PR. It is much, much more.

As an example, we see today a report that a new advertising campaign has been set up to promote the .eu domain to the transport industry

Learn the Value of an .eu domain name at www.goingfor.eu, it warbles, highlighting the growing number of companies within the industry that have "discovered the value of using the .eu internet address."

Right up top, though, it offers the true reason, not only for the campaign, but the .eu domain as well. "The .eu domain," it says, "offers a single European identity on the Internet for 490 million Europeans in 27 different countries."

And, of course, that is what is all about. That is mainly what the EU does. Much of its legislation, much of its initiatives, and most of its money is dedicated to promoting that single cause – a "single European identity". The cost is tens of billions each year.

To the dismay of EU and commission officials – and the rest of the europhiliac "community" - it isn't working. Thus they have recently stepped up "information" campaigns after polling has shown that only two per cent of Britons are aware that European elections are taking place next year.

This was a pre-Christmas Eurobarometer opinion survey which found that the already low levels of interest in next June's elections were actually declining as the vote gets closer. The number of "citizens" who say they are likely to vote is less than it was six months ago.

With a bit of luck, as the election comes near, that percentage will decline to zero and, judging from the euroweenies' panic at being ignored, that perhaps points the way for the election. Methinks the thing to do is spoil the vote. And, funnily enough, when we first wrote about the .eu domain, we had just the message to put on the ballot paper.

And sending it will cost nothing at all.