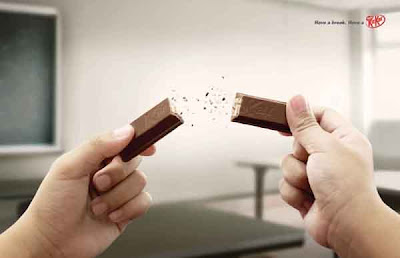 I suppose the fact that the Greek police are running out of tear gas must tell you something about the situation in that benighted country.

One smiles though to see that the Greek authorities are appealing for help to replenish their stocks … to Germany and Israel. What happened to all this EU solidarity? Surely there are stocks of "euro-gas" floating around in Brussels for just this sort of contingency? Or are the "colleagues" reserving it for when things get a bit closer to home?

We are told, incidentally, that Greece is in its ninth day of riots, with as many as nine banks having been targeted last night – an interesting reflection of where the mob sees its enemy. But the longevity of the "disturbances" has also spawned some ruminatory pieces in the media, not least The Guardian.

Here, an analysis by Maria Margaronis in Athens notes that the teenagers and twenty-somethings who have come close to toppling the Greek government "are not the marginalised".

This, she writes, "is no replay of the riots that convulsed Paris in 2005." Many of the rioters are sons and daughters of the middle classes, shocked at the killing of one of their own. They are "disgusted with the government's incompetence and corruption, enraged by the broken promises of the education system, scared at the prospect of having to work still harder than their exhausted parents."

The analysis may be off the wall, but there may well be more than a grain of truth in it and, if that is the case, there are issues here which have a strong resonance in the UK. There are distinct commonalities which should have people over here thinking hard as to whether the same unrest is about to hit here – with urgent assessments of tear gas inventories.

In a saner world, one might expect a long debate in the House of Commons, where the various issues could be chewed over, the parallels considered and some ideas offered as to what relevance these disturbances have to the UK and lessons could be learned, before rather than after the event.

The idea of such a debate, however, is wishful thinking. With the news agenda crammed, serious events happening all over the world - not least the tragic news from Afghanistan, where four soldiers have been killed – our parliament is taking a break.

This, as The Daily Telegraph tells us, is the longest Christmas break for more than 10 years. It will start next Thursday when the MPs pack their bags and return to their constituencies, not coming back until 12 January.

Quite rightly, Tory Diary expresses some dismay but, as we pointed out in our previous post, parliament has become so marginalised that it has little to do. The MPs might just as well go home, for all the good they can do in Westminster.

Some MPs themselves are unhappy with the situation, and we are told that the long break has "renewed accusations that politicians are out of touch with the working lives of ordinary Britons". But this is not merely a question being "out of touch". Parliament is impotent. What it says and does now is of very little importance and the fact that MPs can be summarily packed off home tells you all you need to know.

The trouble is that parliament does have a purpose. It is, in effect, the voice of the people, its debates articulating their concerns. Thus, if parliament is silenced, the people are deprived of a voice. But, as we see in Greece, when that happens, they go elsewhere to express their views. While MPs enjoy their break, therefore, they may care to reflect that it is more fundamental – a break between themselves and the people.

If that continues, it could become permanent and it will take more than stocks of tear gas to fix it.