The poisonous drip of misinformation 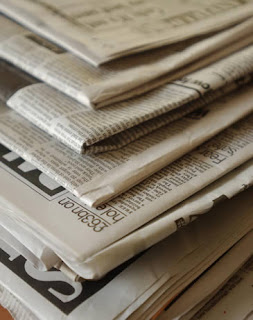 One significant difference between this recession and the last (and the ones preceding it) is the way newspapers are being hit – mostly through a devastating fall in the amount of advertising, although there are many other factors.

Quietly, the big titles are downsizing, reducing the number of journalists they employ. Then, with the burgeoning number of pages and supplements they have to offer, plus podcasts, TV clips and the rest, journalists are actually being asked to do more and more, giving them less time to devote to research and real in-depth reporting.

An important side-effect of this is that, increasingly, the news is not generated by newspapers but by the various agencies. Much of the copy is now simply a "cut and paste" job, with a few tweaks, the less honest of the papers then simply adding their journos' names to the final result.

Where this gets important is that a very few news agencies (and then a very few journalists within those agencies) are essentially controlling the print (and indeed much of the rest of the electronic) media.

Through this means, one sees insidious distortions and simplifications which completely change the context of the political debate. And, like water flowing through the cracks in the dam, they percolate everywhere, finding their way into thousands of print and online journals, influencing the way people think about the world.

By way of example, today we have today a comment by Declan Ganley and Jens-Peter Bonde on the scandalous behaviour of the Irish government, in forcing through another referendum on the constitutional Lisbon treaty. As to what is put to the Irish people, "Not one word or legal obligation will be changed," they say. "The same content will simply be put in a new envelope, just as Valery Giscard d'Estaing said about the change from the Constitution to the Lisbon."

The we have AP briefly reporting on the same issue, under the heading, "EU: Ireland will vote again on treaty next year". This will be repeated a thousand-fold across the world, to be read by millions.

The distortions are well evident, but only to those who know. It tells us: "France, which holds the EU presidency, says Ireland would hold a second vote in return for changes in the treaty." Then, of course, we get the bog-standard formula for describing the treaty: "The document is meant to streamline EU decision-making and boost its role on the world stage…".

As the Ganley – Bonde duo rightly point out – the best the Irish can get is a few meaningless "declarations" which have no legal effect. There will be no changes to the treaty … there cannot be. But this is not what AP is projecting. Its idle simplifications are a complete distortion. They project something which is not true.

As for the intent to "streamline EU decision-making …" etc., we could write an essay on how wrong that is … in fact, we have, several times. But the canards survive, because they are convenient, mindless formulae for the agencies to churn out in their bid to supply the endless pap to fill the pages of the world's media.

At the receiving end, you have production-line journalism, concerned only with filling in spaces – not one whit of sentient thought between copying out the agency text and pasting it onto the virgin page. Worse still, this process is not a deliberate attempt to deceive. But that makes it all the more dangerous.

Media bias, in this context, has never been more real and more dangerous, but the source is not in the offices of the media so much as the agencies which supply them. And their poisonous drip of misinformation is endangering the political process.