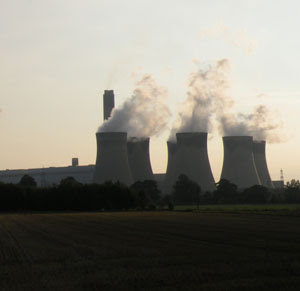 It is in a way rather comforting to have Steve Holliday, the chief executive of the National Grid, tell us that blackouts could be hitting Britain by 2015.

This is nothing new to readers of this blog but Holliday coming out into the open lends heavyweight substance to the growing clamour for action on our depleting generation capacity.

The trouble is that Holliday's prescription – accurate though it might be – is rather difficult to achieve. He opines that, unless the government intervenes to ensure £100 billion investment in new stations, there will not be enough generation to meet demand by 2015. He thus takes the view that the government must offer better incentives for companies to build stations.

"What is happening that people are not wanting to build enough power stations?" he says. "The Government has an obligation to make sure that the markets are delivering. You can't afford for it to fail."

The trouble is here that the government is not in a position to offer direct incentives for the construction of generation capacity that really matters – coal and nuclear. For it to do so would run the risk of falling foul of the – albeit elastic – EU rules. But perhaps more to the point, the government does not have the money. It is struggling to finance its own debt, without taking on any more.

What the government can do, however, is offer the industry long-term regulatory certainty. Building generation capacity is a long-term investment, with huge sums of capital up-front. Investors need cast iron assurances that these investments will yield dividends or their money goes elsewhere.

Here, it seems there has been a thin shaft of light percolate the muddied brain of Ed Miliband, the UK "climate change" and energy secretary. Although he admits his thinking is "not yet fully formed", he now seems to have come round to his predecessor's point of view, telling the Financial Times: "I will not take a position which ignores our security of supply needs."

To that effect, he has ruled out banning the construction of coal-fired power stations pending the development of carbon capture and storage (CCS) technology, which more or less signals that he will give the go-ahead for Eon's application to build its new coal-fired power station at Kingsnorth – much to the fury of the greenies.

In typical partisan style, he attacks the Tories on their "knee jerk" and "not thought through" call for a ban on construction of new stations until the technology is in place, but he does have a point. Such a requirement would stymie any development of coal-fired generation just when we really need it.

However, this small move does not even begin to resolve the investment issue. It cannot be stressed enough that investment in generation is a long-term game. While Miliband has effectively put CCS "on hold" until 2020, that is only 12 years away – the mere blink of an eye for anyone considering putting money into power stations. As long as there is the looming prospect of a requirement for massive investment in CCS, there will be no enthusiasm for putting money into coal-fired generation.

This is, of course, where a clear statement of intent from the Tories could and would help and it makes their continued inability to come up with a coherent energy policy all the more puzzling. Three months ago, we called for a statement of Tory policy. We are still waiting.