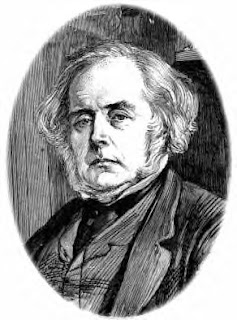 It is pertinent to ask what position the British parliament, the glory of the British (and English) system occupies in the grand vision of EU legislation. After all, we are told by numerous clowns politicians of different parties that we should vote for them and they will do such things though, naturally, they know not what they are. Nevertheless, the terror of the earth they shall be.

So should we pay any attention to what these bozos political wannabes tell us? Well, curiously enough an answer was found as I was reading the HoL European Union Committee Report that I have mentioned earlier, "Initiation of EU Legislation".

In the section on national parliaments Paragraph 126 says:

126. Do those views of national parliaments have much influence over the development of legislative proposals? Sir Kim Darroch said that reports of the House of Lords, for example, were taken into account by the Government in formulating and developing policy, and thus might indirectly influence the Commission. His colleague, Paul Heardman (Head of European Parliament Section, UKRep), told us that the Reports were well regarded in the European Parliament. (QQ 299, 300) As one voice among many seeking to influence legislation, the direct influence of a national parliament should not be exaggerated, but it may be able to influence the Commission to a degree. The Minister advised that influence on the initiation of legislation would be greater if focussed on multi-annual programmes. (Q 468)

[I have left the references to the specific questions there, in case some of our readers want to follow them up in the document.]

In a couple of previous paragraphs (116 – 119) we had already been told about HMG’s efforts to influence legislation, sometimes successfully, sometimes less so.

What it adds up to is very clear and I, for one, should like to hear some explanation of how they are going to deal with it from some of our politicos and political wannabes. Our Parliament and our elected government have become lobbying organizations that have to compete in the seat of power with others of that ilk. These might be other national parliaments or they might be business representatives, such as the Freight Transport Association that also gave evidence to the Committee, or an NGO, such as the World Wide Fund for Nature. The latter might even be better off as it receives EU subsidies to the tune of €600,000 a year but no, that does not affect their lobbying work at all, said the piglets as they took to the skies.

I suppose we can at least say that we elect the House of Commons to lobby at the seat of power on our behalf whereas the others merely appoint themselves. But it is not much consolation when one thinks of such people as John Hampden, John Bright [pictured above] or Richard Cobden.
Posted by Helen at 13:07