The voice of ignorance 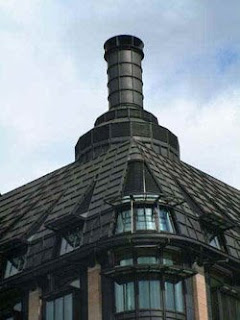 A quick thought before I plough on with the book - 47,000 words and counting – The Daily Telegraph today offers a letter from Chris Marks of Polegate, East Sussex.

He informs us that, on a visit to London last weekend, "we passed Portcullis House and saw that every single light seemed to be switched on throughout the whole building."

"What a waste of taxpayers' money," Mr Marks opines – probably correctly, although there is less to be saved by switching off fluorescent lights than might be imagined. But then he goes and spoils it all, writing: "The Chancellor should put his own house in order, then we might follow by example."

Portcullis House is one of the many office buildings used by parliament to accommodate its MPs and their gifted staffs. It is, therefore, a parliamentary building and is part of the Parliamentary Estate.

On the basis that parliament is sovereign in its own house, it has nothing whatsoever to do with the government and does not fall within the remit of the Chancellor's control. Technically, the responsibility is that of the Speaker, but the management is devolved to the House of Commons Commission. Mr Marks should, therefore, be lambasting our wonderful MPs for their profligacy.

For all the frivolity, two quite important points emerge from this. Firstly, it is an example of how little many people know about our government and the way it works – and how power (and responsibility) is diffused through so many institutions. And, if Mr Marks didn't know, the letters editor of the paper should have known better and spiked what ended up a facile letter.

Secondly, in the absence of knowledge on the way power is diffused, there is this ever-present tendency to blame "the government" and its officials, rather than point the finger at where the fault lies. The other side of the coin is that, when something needs fixing, the same tendency is to point to "the government" and demand that it "does something".

The overarching issue here is that power and responsibility is so diffuse – and now so complex - that very few people (if any) have any real idea of who runs this country and where the power lies.

But, if not even the basics are known, then expecting the "man in the street" like Mr Marks to understand that neither parliament nor our (local) government are actually in charge seems a little ambitious.

Instead, we are almost back at levels of biblical superstition, where the sins of the community are laden onto the sacrificial goat which is then driven over the precipice. That, it seems, is one of the main roles of modern government. Shorn of real power, it performs the role of the scapegoat, driven periodically over the cliff at general elections, whence we appoint another, then to repeat the same process.

As I said … just a quick thought.