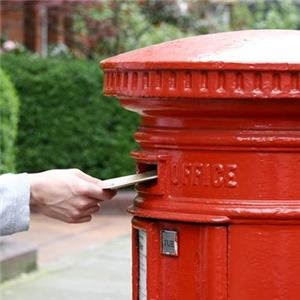 Spread widely through the media today is the latest development in that long-running saga, the "privatisation" of the Royal Mail.

It is covered in The Times which warns that there might be "50,000 jobs at risk" in break-up of Royal Mail, and by The Daily Telegraph which tells us that a "£3billion Royal Mail sell-off could be agreed today." From this we learn that the "state-owned firm that runs Britain's postal network will be sold to a private company." The favourite to secure the stake is TNT, the express delivery service that is part of the Dutch postal company, TPG.

Lord Mandelson, the Prince of Darkness, is heavily involved, and has been "thrashing out the deal in recent days and its culmination will be seen as a part-privatisation on the nation's universal postal service."

Then we also get from The Guardian the intelligence that DHL, part of Deutsche Post, is also "thought to be keen on acquiring the stake."

Thus, we are not only seeing "privatisation" but the sale of a strategic business, uniquely identified with the Crown – hence its title the Royal Mail – to European enterprises, to become part of an amorphous trans-national service. But what is entirely missing from any of the media coverage is any explanation as to why the government – with the enthusiastic engagement of Lord Mandelson – is so keen to push through the highly contentious and unpopular measure.

The answer, of course, is the EU's Postal Services Directive, detailed here, the aim of which is to "get national monopolies to open up to competition", ostensibly in order to make postal services cheaper, faster, more efficient and more innovative – similar to the process in the telecom and energy sectors.

As we pointed out in our May piece, the real objective – as always – is entirely political. The plan is to destroy national services, those with a unique national identity, replacing them with cross-border entities which owe nothing to any particular country. Then, in the fullness of time, when the "service" is partly or mainly "trans-national", the EU steps in with a proposal to regulate on a cross-border basis and creates an EU authority with full powers to dictate the rules. 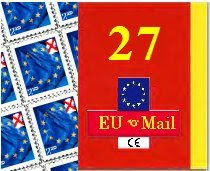 Thus, we see economic integration followed by political integration in the classic EU mould, happening in front of our very eyes. And there is barely a mention of this process made by the media in its torrent of coverage. The best you will get is a reference in Bloomberg which tells us that "EU governments are phasing in competition for postal deliveries between 2011 and 2013, forcing Britain to drop the monopoly enjoyed by the Royal Mail," but that is about all.

As for any coherent opposition to this EU-inspired plan, Bloomberg also conveys the views of David Cameron, who tells us, "The Royal Mail faces a very much more competitive market." Thus, our David supports "solutions that look at joint public and private sector investment so that the Royal Mail can get investment and get some of the changes in working practices that are needed." Not from him a whisper about the elephant in the room.

So it is that the very fabric of our nation is stripped out, with not the slightest protest as the ring of stars spreads its malign shadow over everything and anything we once held to be central to our national identity. How long before our letter boxes are painted blue?