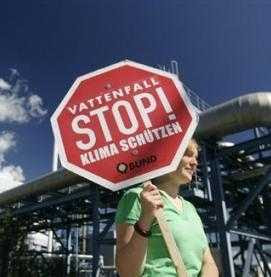 The EU "climate deal" – stitched-up at the European Council – is being variously hailed as an "historic agreement" on cutting pollution (they mean Carbon dioxide) and, by the Greens a "failure".

Generally speaking, anything that pisses off the Greens is something we favour but, in this case, even their "failure" is highly destructive for democracy.

Without going into the finer points of the deal – mainly because they are so utterly tedious – what should strike everyone are some of the broader details, helpfully provided by The Independent.

This paper tells us that the "colleagues" have agreed a 20 percent cut in greenhouse gas emissions by 2020, compared with 1990 levels … nothing new there. Then there is a 20 percent increase in use of renewable energy by 2020. Nothing new there either, except it ain't going to happen (nor is the emission cut, but never mind).

Something newish is a 20 percent cut in energy consumption via improved efficiency by 2020. That hasn't a hope in hell of happening through efficiency but, when the electricity system shuts down, that surely will help cut consumption.

Now we get to the interesting bits. The allocations of "carbon permits" under EU emissions trading scheme is to be cut by a fifth from 2005 levels, power companies will have to buy their permits at auction from 2013 and auctioning for other industrial sectors and aviation will be phased in by 2020.

The point … always the point. These are to be mandatory provisions, locked in by EU law, agreed by all the member states including our own. That makes 2013 an interesting year – it will be three years after our general election. The year 2020 is at least three if not four general elections away. Yet these matters are being decided and cast in stone by this parliament.

Whatever happened to the doctrine of "no parliament can bind its successor"? And, if this no longer applies, what really is the point of having general elections?