A "loophole" in the law 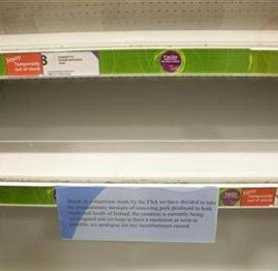 In the print edition of The Daily Telegraph - but not repeated in the online edition, which publishes a very similar story - reference is made to a "loophole" in the law which allows Irish pork to be labelled and sold as British.

The online edition of the story, headed "Irish pork dioxin fears expose 'made in Britain' rules", retails that the discovery of "cancer causing dioxins in Irish pork" has shone a spotlight on the confusion faced by shoppers in being sure that what is labelled British is in fact from this country.

British pig farmers, we are told, have been calling for better regulation several years to prevent products such as sausages or pork pies being labelled as British when they contain meat from other countries. Then we are blithely informed that:

Because there is no watertight definition of the term "county of origin" in UK or European law, meat packers can label sausages, pork pies or other processed meat products as "made in Britain" even if the original raw materials are from other places, including Ireland.

One looks at this with a sort of weary disdain as we wonder how it is that our journalists – in this case John Bingham, but assisted by that idiot Harry Wallop in the print edition – can be so malevolently stupid, or just plain ignorant.

The issue here is of long-standing and goes right back to the original EEC laws that prevailed when we joined the "Common Market", when the rules then – and do now – prevent "national discrimination".

Far from being a "loophole" or "confusion", the now EU law is specifically designed to prohibit traders from distinguishing between goods containing produce of just one country of origin and those containing material from other EU member states.

This is, of course, all part of the broader plan to break down national boundaries and create a single market in European goods, the result of which is exactly what we have today, the total inability to distinguish between produce of home and Irish origin.

For sure, this rigor broke down with beef, with the introduction of the Beef Labelling Regulations, devised primarily at the behest of the French and Germans, whose producers wanted to be able to isolate British beef during the height of the BSE scare. Facing "illegal" national bans of British beef, the commission caved in to pressure and allowed this single exception to its general rules, but has held the line on all other products.

But what you don't get from The Telegraph or its idiot journalists any sense that we are in this situation entirely as a result of EU law. Instead, you get such gems as, "The Food Standards Agency, which is responsible for all food safety issues in Britain …", and the sequitur, "...admits that simply following its advice to avoid pork labelled as from Ireland might not be enough to be sure of avoiding produce from the country."

The point, of course, is that the Food Standards Agency is not "responsible for all food safety issues in Britain". Food safety is entirely an EU competence. The FSA is simply an agent which, under the aegis of the European Food Safety Agency, is not giving "advice" but explaining the effect of EU rules.

It gets even worse when the paper tells us that, "In its guidelines to the industry the FSA relies on World Trade Organisation rules which only require manufacturers to name the place where the meat underwent its "last substantial change", heedless of the fact that the WTO "rules" are simply a copy-out of EU rules, which are in any event implemented by EU law.

To conclude the dire tale, we have cited: Stuart Roberts, director of the British Meat Processors Association, who is allowed to say – with reference to the beef labelling scheme: "I think it a very legitimate question to be asking is 'Is it time to revisit whether a similar framework of regulations ought to be applied to other species?'"

Er … possibly. But since these are EU "regulations", we would have to go cap in hand to Brussels and ask them to consider changing them. That is unlikely to happen, for the very reason that it would undermine one of the most treasured and fundamental precepts of the single market.

But, in its muddled piece, you won't get The Telegraph saying that. We must step round the elephant and leave it unmentioned.

And … by the way, this whole dioxin "scare" is a crock – much ado about nothing. It is a mirror image of the Belgian dioxin scare, which we deal with at length in Scared to death. The experts agree but still we have not found a way of dealing with these issues which, like global warming, end up costing massive amounts of money for no good reason.

We're eating pork tonight, cooked on a barbecue, while watching a firework display.