We shall ignore them 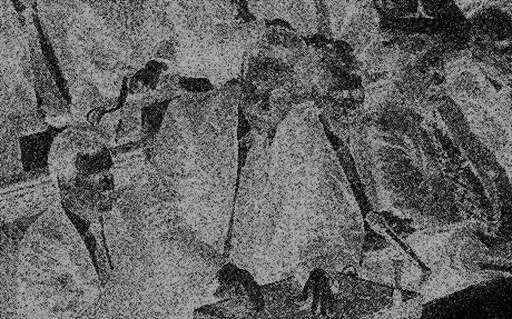 As Charles Moore reminds us, this coming week – starting on Sunday – sees the Conservative Party conference in Manchester.

Moore then goes through the ritual of advising the man who calls himself our prime minister. Opinion polls, he says, tell a story of quiet acceptance of the way things are, and Moore acknowledges that things must get worse before they can get better. And with that, he tells us that Cameron needs to give us a stronger sense next week of what that better might be.

If he does, I for one will not be listening. The television news will not be watched and, on the occasions when I sit in front of the idiots' lantern for a meal, 40-year-old repeats of MASH are preferable to the hand-wavers and their faux political dramas.

As for Cameron, he has nothing to say to me or mine. There is not the "quiet acceptance" that Moore would aver. Rather, there is complete indifference to anything the Tory leader might say or do. He is a factor in our lives only because, by virtue of his office, he has some residual power and a capacity to do us harm. When he passes, we will not miss him or even care.

The drama, such that it is, rests with Brussels – and other points on the benighted continent of Europe, which is tearing itself apart over the vainglory of the EU experiment. Ambrose forecasts its demise. After many false starts – his analysis this time is spot on. The euro is finished. Germany will see to that. And with it will go the EU, even if it takes some time.

Meanwhile, we are left with the wreckage of a governmental system which has been decaying since the Second World War – and was not up to much before then. But the same Heathite enthusiasm for corporate gigantism brought us not only the Common Market but also local government reorganisation.

The so-called Walker "reforms" in 1973 have destroyed local government every bit as much as our membership of the EU has destroyed central government. Every tier of our government is in terminal decay, beyond the reach of the posturing that will dominate this week in Manchester.

Strangely, though, the smell of decay in the air is encouraging. The giant tree which, for decades seemed a permanent feature of the landscape, solid and immovable, is now rotten to the core. One stiff gale will bring it down. And the gap left presents an opportunity – for new growth, for new experiments and, possibly, a new beginning.

But, whatever optimism and encouragement there might be, we will not find it in Manchester, nor in any of the established political parties, large or small. These are the constructs of the nineteenth and twentieth Century. They are the ghosts of the past, their faces distorted and blurred beyond recognition or memory.

This time a hundred years ago, we were three years away from a World War. There is the same feeling of impending change with us now. The post-war settlement is finally breaking down. In a few years time, new things, the shape of which we can only guess, will be emerging.

By the end of this decade a hundred years ago, we were looking at a world that had irrevocably changed. That same wind of change is blowing now. Ambrose sees it. I can see it and many of my readers are only too aware of it. But, next week, it will by-pass Manchester. Yesterday's figures will posture and preach. And we shall ignore them.