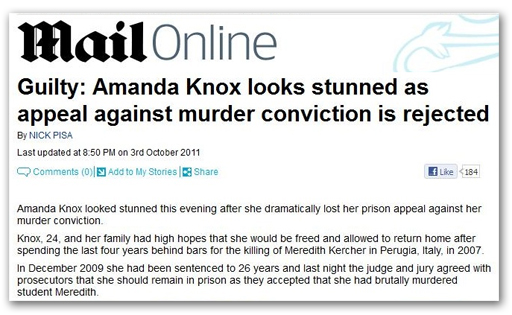 … as it doesn't happen. Max Farquar has a beauty … right down to the reference to the "media scum" (spool down on the link). Look at the quotes from the article, says Max, that the Daily Fail claims the prosecution team made as soon as the "guilty" verdict was announced. 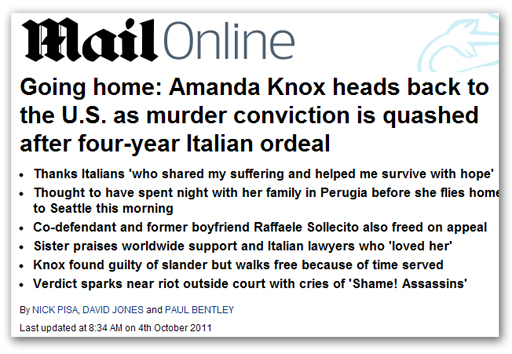 "Prosecutors", says the paper, "were delighted with the verdict and said 'Justice has been done' although they said on a "human factor it was sad two young people would be spending years in jail". Only, Amanda Knox wasn't guilty. Therefore, the prosecution can't possibly have issued those quotes. "What's that you say? " Max asks. "The Daily Mail must have made the quotes up?"

At least the paper got the description of the media right though.