Not even on the same galaxy 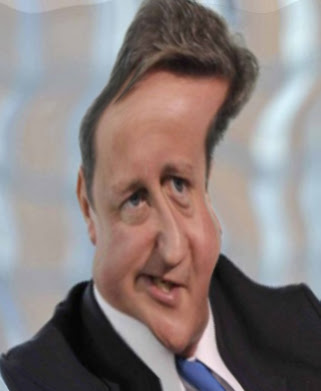 I said we should ignore him, and when he comes up with this mad idea - that we should all rush out and pay off our debts … jusslikethat - my original judgement was correct.

Of far more importance, in the short and longer term is the fact that our masters are taking us for fools – and to date, they have been getting away with it. But if there is one thing I seriously do not like, it them up there, above the line, thinking they can do this in perpetuity.

The proximate cause of my ire is the implications of my work earlier yesterday, which makes a mockery of Massa George's promise that Council Tax will be frozen next year.

That may or may not be the case, but what it does not mean is that local authority income is to be curtailed. Rather, it means that officials will be more inventive in devising and expanding the range of fees and charges they can impose, to the extent these indirect "stealth" taxes are assuming a greater importance than Council Tax.

Looking at direct local taxes – as in Council Tax and before that the rates – it is very clear that these have doubled since local government reorganisation in 1973. But, if it is taken that indirect taxes at that time were negligible and are now matching or exceeding the direct taxes, our overall local tax burden has not doubled but quadrupled.

Then taking a baseline of about £750 in 1973 (after deducing water rates and adjusting for inflation), a middle-class home owner might now expect to remit to the council, in one form or another, and average of £3,000 a year – representing an increase of over £2,000 since 1973. And, since these taxes are paid out of taxed income, most will need to earn about £3,000 more to pay the extra.

This actually represents a staggering cash grab, all the more remarkable that it has slipped under the radar. All of us are aware of the increasing burden of local authority charges – but I had not idea so much was involved. No wonder councils can afford so many sustainability officers. They are raking it in.

And there we have the ultimate madness. Local and central taxes are increasing, inflation is increasing, incomes are reducing and the food lines are lengthening. So The Boy's "big idea" is to urge households today to pay off their personal debts. This is beyond barking mad. He's not even on the same galaxy.