Out of control and above the law 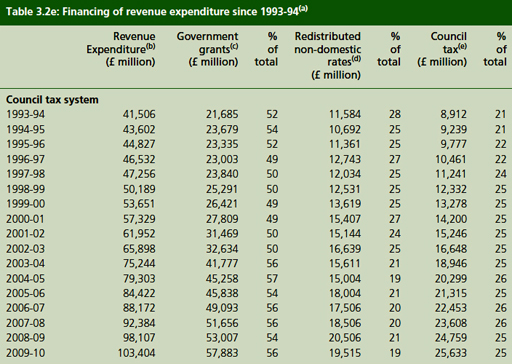 That is the title Autonomous Mind gives his piece today on the status of local government in 2011. I said much the same on Friday to a council official dealing with my complain about Jacobs bailiffs, noting his reluctance to accept our allegations that agents employed by the council were acting unlawfully.

Local authorities, I observed, were keen to remind us of our responsibilities and legal obligations, but when it came to them, the law was optional. If it interfered with their objectives, they entirely at ease with the idea that it could be ignored.

The worst of it all is that not only does central government turn a blind eye to the abuses – with the Ministry of Justice well aware of the bailiff situation – it has also released the constraints on local authority revenue generation, allowing the unrestrained "dash for cash" that we began to notice earlier.

Even now, though, it is difficult to come to term with the sheer scale of this cash grab, or the extent to which councils have become reliant on fees and charges, and "other sources" to augment their traditional sources of income.

But the game is given away here in Winchester, where an unexpected decline in parking charges and planning fees has precipitated a financial crisis, with an emergency budget being prepared to plug an £825,000 deficit. Similarly, Gravesham Borough Council faces a £1.039 million gap between its income and expenditure as builders hold back on investment, which has meant a big drop in planning fees for the council.

Everywhere you look, you get the same sense of crisis. Hackney Council complains of a £60 million "budget hole" over the next three years, and is mooting a direct increase in Council Tax. Luton council, however, making emergency cuts to street cleaning to save £262,000. The cuts include cutting 12 jobs, having no street cleaning supervisors or graffiti removal staff available at weekends and cutting overnight mechanical sweeper cleaning.

In Gloucestershire, we see a parallel line, where the County Council is raising the fees from an adult learning disabilities centre from £16.32 to £42.09 per day. In Sunderland, it is the meals on wheels service that takes the hit, with residents being forced to get their food from private providers, in many cases ramping up the cost from around £2.50 to £5.

New Forest District Council takes a more traditional route proposing to raise car parking charges by as much as 66 per cent across the region, to generate almost £350,000 over two years. At the moment motorists can make a one-off payment to use either short-stay or long-stay car parks in the Forest without buying a ticket. But the cost of short-stay clocks is set to rise from £12 a year to £20 and long-stay from £86 to £100. 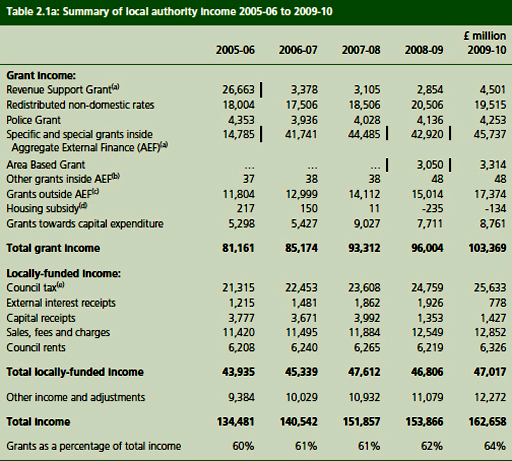 Exactly the same option is being taken in Richmond, Yorks, where the Council's Strategy Board states: "Car parking charges form a key strand of income generated by the council to provide a balanced budget and has been identified as having the potential to assist in the council’s projected budget shortfall for 2012/13".

This is so much of a staple that we also see South Bucks District Council adopting it, extending the charging period for its car parks and increasing the minimum charge from half an hour to an hour.

With Southwark council discovering a nice little earner, renting our pavement space for scrolling advertisement panels, Bexley council has hit upon the scam of charging shopkeepers to use the pavements in front of their own shops, which includes levying a fee of £150 a month on a flower shop to keep plants outside.

An unrepentant council spokeswoman says: "Strategy 2014 sets out how the council needs to achieve the required savings of £35m", and that strategy includes charging shopkeepers to use their frontages.

On the basis of what we see, anyone could be forgiven for believing that local government has been struggling, but what we are actually seeing is the tail-end of a period of the highest sustained increase in income in the history of local government, with levels maintained at historic highs (see top chart).

From the second chart, we see how every category of income has increased, with sales, fees and charges, plus "other income" increasing to match that of Council Tax. Yet, despite the years of plenty, councils throughout the land are grubbing around, scratching pennies and pounds from every source they can lay their hands on, legal and illegal.

Before we go any further, therefore, we are entitled to know what has been going on. Simply being expected to throw more money at this system isn't good enough.